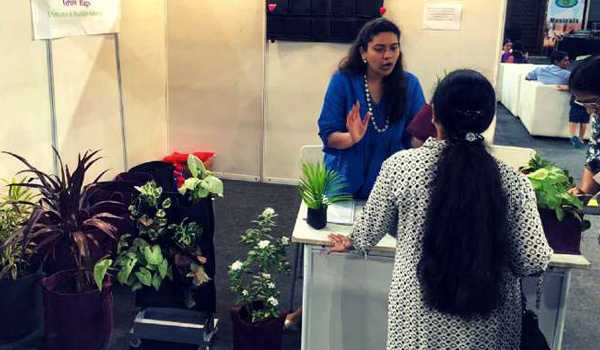 In a detailed interview, the top bureaucrat explains all you need to know about the much-talked-about state-wide plastic ban and its relevance to Mumbai.

On June 23, 2018, the Maharashtra state-wide plastic ban came into effect. From what’s banned and what’s not, to understanding the role of the Brihanmumbai Municipal Corporation’s (BMC) newly-appointed 310-member blue squad striking down on violators and seizing plastic, there has been confusion among Mumbaikars about several things.

In an attempt to dispel these myths and confusions, The Better India got in touch with BMC Deputy Commissioner, Nidhi Choudhari.

In a detailed interview, the top bureaucrat explains all you need to know about the much-talked-about state-wide plastic ban and its relevance to Mumbai.

The idea behind the plastic ban

This year the World Environment Day theme was #BeatPlasticPollution. About 60 countries around the world and 20 states in India have put in place a ban on plastic products.

“Policymakers around the world are recognising and acknowledging how single-use plastic is creating a major menace in cities. More than anything, for Mumbai, which is a coastal city, this plastic waste is threatening marine life, ruining our pristine beaches, choking our drains and killing our rivers. I think a city-wide restriction wouldn’t have worked. And therefore the state-wide ban was essential. Not only Maharashtra, but other Indian states too should follow suit and ensure that the manufacture of single-use plastic is curbed,” she says.

On what’s banned and what’s not

When asked about how authorities are planning to tackle PET bottle waste, she adds how a government notification issued on June 30 to ensure PET bottles with carrying capacity of less than 200 ml be banned. This means that most mini-bottles that were served during conferences, meetings, parties, etc., are being phased out. This includes the mini-water pouches you get at stores too!

On June 23rd, The Better India reported how the government attempted to ensure that these plastic products are recycled. This meant considering levying a refundable recycling surcharge over and above of milk pouches and PET bottles. Read more about it here.

The Deputy Commissioner adds that the government is still working towards putting this buyback mechanism into place.

“These 310 inspectors have been given authority by us to implement the plastic ban in the city of Mumbai. Visiting over 80,730 shops, they have struck down on 688 violators and collected over ₹34,40, 000 and have seized plastic to the tune of 2247.11 kgs! But we continue to maintain that the work of these inspectors is not just to issue fines, but also to create awareness on the subject. They are working on the ground to educate traders and retailers about why this ban is coming into place. Till date, we haven’t taken a single action on citizens,” she says.

When asked about the reason behind the colour blue, she adds that it is to symbolise the coastal city. She adds how the strength of her inspectors outnumbers the number of 24 administrative wards and 227 political wards in the city. This is to ensure that work is not compromised.

How do you identify real blue-squad members to avoid being duped by imposters?

Check if the person is listed on the corporation’s website as a blue squad member.

Each of these inspectors has been authorised to take action with an authority letter and carry an identity card. Look out for that.

The blue squad are NOT daily cleanup marshalls. They are not contractual employees, but employees of the Municipal Corporation of Greater Mumbai. At any point, any public servant who has served for some years can be identified. They will know the act and the law. So, ask questions.

Check the printed challan; one copy is given to the consumer and one (original) will be kept by the inspector.

What happens when you don’t pay?
Those who refuse to pay the fines will have cases filed against them in a court of law.

The BMC has registered about 110 cases against such violators. However, over 500 shops who were fined have diligently paid their dues.

“We are finding it difficult to find plastic in shops, which is a good sign,” she jokes. “Shops have given a good response in stopping the tradition of giving plastic carry bags. And the complete credit goes to them for understanding our vision.”

What do I do if I still have single-use plastic items at home?
The BMC has 24 vehicles dedicated in every ward for this purpose. It also has a put into place a toll-free number — 1800-222357. All you’ve got to do is — collect these plastic items, once you have ten kgs or more, call the number. The municipal vans will come to collect it.

If the wait is too long, the BMC has also set up a plastic collection mechanism in 37 dry-waste segregation centres. And their details have also been shared on the website and social media.

Check out this tweet by the Deputy Commissioner to identify your nearest plastic collection centre. Drive to the centre and submit your single-use plastic waste there.