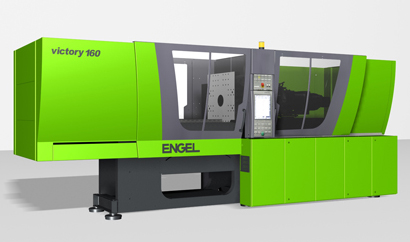 Especially developed for cap production, the ENGEL e-cap series of high-performance, all-electric injection moulding machines offers the ultimate in efficiency. Thanks to the unique all-electric concept with an injection unit in premium execution, a platen ejector with increased ejector force and the increased clamp speed, ENGEL e-cap machines reach cycle times of well under three seconds (depending on the type of closure).

Outstanding process stability and precision maximise the number of good parts. Even with such impressively high performance values, the ENGEL e-cap achieves considerable savings on energy and cooling water, thereby cutting unit costs significantly. The series is available with clamping forces of between 100 and 420 tons.

Efficient production, made in Austria
At the Drinktec show, ENGEL and its partners will present an fully automated production cell based on a 380-ton machine with integrated quality control. The patented z-slides® technology from z moulds minimises cycle times while ensuring ease of use and highly efficient production. The cap cooler is provided by Eisbär (Götzis/Austria) and the camera-based control system, which ensures 100% quality control, by INTRAVIS (Aachen/Germany).

ENGEL supplies highly integrated and automated system solutions from one single source. Because, only if all system components are coordinated from the outset efficiency potential can be fully exploited. To ensure this, ENGEL cooperates with leading companies around the world. In this regard, ENGEL of course takes over turn-key responsibilities also for those components being supplied by above mentioned partners. For ENGEL, efficiency begins during the project set-up.

Author plasticsinfomart 177
One of the defining aspects of COVID-19 has been the mantra of ‘build back better’, the idea that Europe’s economic recovery depends on doing...
Read More
Category Menu Machinery News