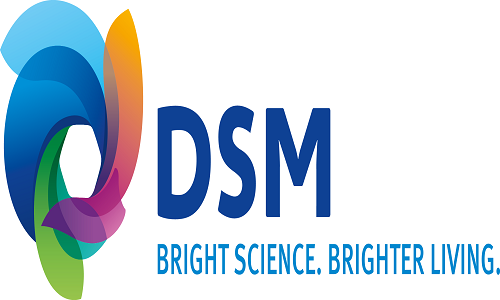 Tuesday, December16, 2014: Royal DSM, the global Life Sciences and Material Sciences company, will feature numerous new applications in automotive, mobile electronics and electrical equipment that incorporate its engineering plastics for high performance, low weight, and improved sustainability at PlastIndia 2015 (5th to 10th February, Gandhinagar, Gujarat). It will also shine the spotlight on some of its most recently introduced new materials. DSM is on stand 14R-D4.

For the automotive sector, a major highlight is a new generation of Diablo high temperature resistant grades in DSM’s Stanyl® polyamide 46 and Akulon® polyamide 6 portfolios. The new Diablo grades are aimed at such engine compartment applications as air intake manifolds with integrated ducts and charge air coolers (CACs). The latest version of Stanyl Diablo polyamide 46 is able to withstand a continuous use temperature of 230°C, while the new Akulon Diablo withstands a 220°C continuous-use temperature. Equally important, both new grades have improved resistance to short-term high temperature peaks.

Other innovative automotive applications on display include a composite fuel tank for two- and four-wheeled vehicles running on methane or hydrogen, and an award-winning crankshaft cover. The fuel tank is a pressure vessel made by wrapping a high-barrier liner blow molded in DSM’s Akulon® Fuel Lock polyamide 6 inside a continuous fiber reinforced plastic shell. It is around one third the weight of a steel tank, and so enables a substantial improvement in fuel-efficiency. It is even possible to use thermoplastics such as DSM’s high performance EcoPaXX® polyamide 410—which is derived from renewable resources—in the shell, rather than a traditional thermosetting resin.

EcoPaXX® has just won an award in another automotive application, a lightweight multi-functional crankshaft cover. The part came top in the Powertrain category in the Society of Plastics Engineers (SPE) Automotive Division Innovation Awards Competition. The EcoPaXX crankshaft cover is produced by DSM’s automotive component specialist partner KACO in Germany for the latest generation of diesel engines developed by the Volkswagen Group. It weighs around 40% less than a crankshaft cover with similar geometry made in aluminum.

DSM is also emphasizing its extensive offering for Electrical and Electronics (E&E) applications, especially in mobile communications. For example, the company has new solutions that answer growing requirements for size reduction and thinwalling, for halogen-free flame retardance, and for heat management. On the DSM stand, visitors will be able to talk with experts about the latest options for such components as connectors, bezels and frames, enclosures, wire and cable, antennas and splitters.

Elsewhere in E&E, DSM has taken a leading position in the development of halogen-free flame retardant high performance polyamides that provide a more efficient, cost-effective and environment-friendly alternative to glass-reinforced thermoset composites in molded case circuit breakers (MCCBs). DSM also has various innovative solutions for LED lighting, including thermally conductive compounds which can be used to produce heat sinks that are easier to make, lighter and more functional than aluminum versions: leading lighting producer Osram recently started using DSM’s Stanyl TC compound based on polyamide 46 for heat sinks in a new series of LED down lights, for example. DSM has halogen-free materials for wire and cable too, including its Arnitel thermoplastic elastomer (TPE) for electrical and communications cables.

Arnitel is also at the heart of new breakthrough technology developed by DSM for the medical sector. Arnitel VT provides very high levels of protection against contagious viruses coupled with breathability for wearer comfort when used as a single-layer membrane laminated to fabric in disposable medical gowns and drapes.

At PlastIndia 2015, DSM will also highlight the “green” manufacturing practices it applies to its own production operations. This September, the company inaugurated a Solar Technologies Demonstration Center at its facility in Pune, India, where it produces polyester and polyamide compounds. This state-of-the-art center will showcase the performance of DSM’s innovations in solar technology, and will also reduce the plant’s CO2 footprint by using solar energy to meet 25% of the site’s electricity needs.

DSM aims to help facilitate the growth of solar energy production by focusing on the development and commercialization of technologies and materials solutions that increase the efficiency and yield of solar modules. To this end, DSM Advanced Surfaces has developed KhepriCoat®, an anti-reflective coating that enables more light to enter a solar device. DSM Advanced Surfaces aims to be a world leader in materials based solutions for solar photovoltaic technologies.

The DSM Engineering Plastics site in Pune now meets 50% of its total electricity requirements from renewable sources, and the company intends to raise the figure even higher. Before the opening of the Solar Technologies Demonstration Center, 25% of its energy already came from wind power.

The site in Pune has established a strong track-record of highly efficient water management too. It was one of the first DSM sites anywhere to completely eliminate waste water from its production process. All water used on the site is treated, checked and reused for gardening purposes.

Author plasticsinfomart 116
Report Scope: Use of the terms transparent and clear is subjective. Most definitions of the terms express the clarity of plastics by the percentage...
Read More