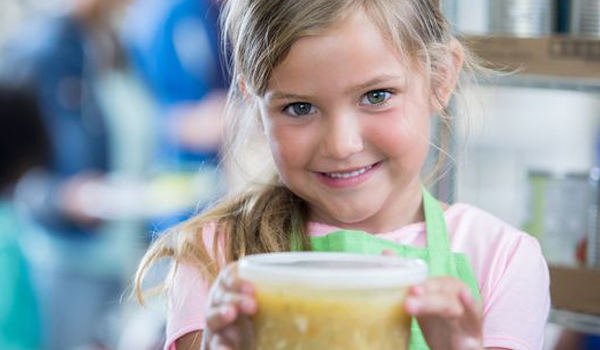 “This report outlines not only safe and essential steps that the healthcare community can communicate to parents and families but also some steps that the FDA can take, and frankly manufacturers can take, to limit the exposures of greatest concern,” Leonardo Trasande, lead author on the policy statement and AAP Council on Environmental Health member, told USA TODAY.

Something that’s particularly catching the attention of parents: Heating plastics (including bottles) in the microwave or running them through a dishwasher increases the chance of leaking dangerous chemicals, according to the AAP.

Plastics with recycling codes 3 for phthalates, 6 for styrene, and 7 for bisphenols should be avoided, the report states. Glass containers or stainless steel packaging is recommended as best. Choosing whole foods over processed food also reduces risk of contamination, as well as washing hands and produce during food preparation.

Some of the more than 10,000 additives considered “generally recognized as safe” after they were grandfathered in during the 1950s as well as indirect additives such as glue, dyes and plastic in packaging have been linked to serious problems, Trasande said. Among them are:

The U.S. Food and Drug Administration is reviewing the paper’s findings, press officer Megan McSeveney told USA TODAY. She also stressed that there is “reasonable scientific certainty” that additives “generally recognized as safe” are not harmful when used as directed. If new information indicates substances are unsafe, the FDA has the authority to change previous guidelines or require that use of a substance is reduced or prohibited.“Even small

disruptions at key moments during development can have lifelong consequences,” Transande said.