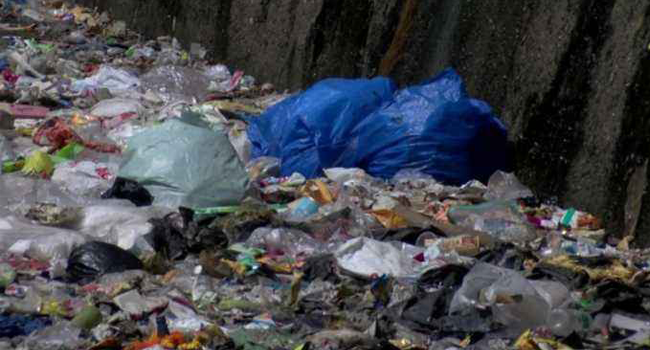 Srinagar: Twenty-five Indian states/Union territories now have some form of ban on polythene carry bags, but the implementation is often lax, and plastic—which takes hundreds of years to decompos—continues to be used, which gathers in India’s water bodies and landfills, according to an IndiaSpend investigation.

In Jammu and Kashmir, many vendors have not heard of the three-month-old ban. In Karnataka and Punjab, where a ban is in place since 2016, it remains ineffective in most parts, as there is widespread availability of and demand for polythene bags. In Arunachal Pradesh and Uttar Pradesh, there is confusion about permissible grades of polythene. In Uttarakhand, the use is “gradually fading out”, experts said, while in Rajasthan, awareness campaigns seem to be paying off.

Jammu and Kashmir and Maharashtra became the latest states to ban the use of polythene carry bags: in January and March 2018, respectively.

Using a plastic bag can attract fines—from Rs 500 to Rs 25,000—and storage and distribution can lead to imprisonment up to five years.
The plastic problem

Every day, Indian cities generate 15,000 tonnes of plastic waste—enough to fill 1,500 trucks, at 10 tonnes per truck—of which 9,000 tonnes are collected and processed/recycled, while the remaining 6,000 tonnes, or 600 truckloads, usually litter drains, streets or are dumped in landfills, according to a January 2015 assessment report of the Central Pollution Control Board (CPCB).
About 66 percent of plastic waste is mixed waste: polybags and pouches used to pack food, mainly from residential localities, the CPCB report said.

Plastic additives from landfills can cause considerable pollution problems by contaminating the surrounding soil, ground or surface waters, a 2015 study by the CPCB showed.

About 1 million seabirds and 1,00,000 marine mammals die each year globally from ingesting plastic or by getting tangled in nylon fishing line, nets, six-pack plastic can holders, and plastic rope, according to estimates.

In May 2012, two Supreme Court judges, Justice Singhvi and Justice Mukhopadhaya, said that “the next generation will be threatened with something more serious than the atom bomb” unless a “total ban on plastic is put in place”.

The alternatives to plastic, such as cotton or jute bags, are often expensive.

So, some states permit polythene bags above 50 microns thickness, as it is likely to “increase the cost by about 20 percent [and] hence, the tendency to provide free carry bags will come down and collection by the waste-pickers [will] also increase to some extent”, according to the Plastic Waste Management Rules 2016.

Twenty Indian states have a complete ban on manufacture, supply and storage of polythene bags and other plastic items such as cups, plates, spoons, glasses while five states have a