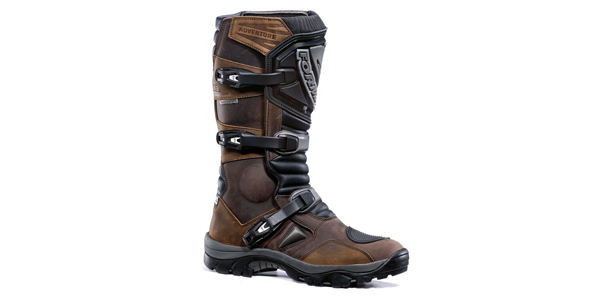 From the first plastic-free shopping aisle to a library made from ice-cream containers and gender-fluid clothes, designers are coming up with increasingly innovative responses to today’s biggest issues, say the curators of the Beazley Designs of the Year awards.

The Design Museum in London announced 87 nominees for the 11th annual exhibition and awards on Tuesday.

Alice Black, the museum’s director, said it was possible to see certain themes among the nominations, including a concern for the environment and the creation of new materials; identity, both national and personal; and “what constitutes normal”. The refugee crisis was also present, but less so than

Black said the awards showed “once again that design is not just about shade and colour. It proves that design is about solutions to real world problems. It is also a show about optimism, when we need it ever so much … there are solutions to the challenges that we face … men and women’s creativity is boundless.”

The nominees were whittled down from 560 submissions, a “painful” process, according to Aric Chen, the curator of this year’s exhibition, which opens to the public on Wednesday. The museum said it was the most international list of contenders in the prize’s history.

If one thing permeated through the show, it was the idea of uncertainty, said Chen.

“Designers are always very good at responding to the world around them and, if anything, the world around us is probably defined by uncertainty … things that seemed clear in our minds are no longer so,” he said. That might include what is human or natural and what is artificial, or the blurring of gender.

The contenders have been chosen across six categories — architecture, digital, fashion, graphics, product and transport. One piece tells the story of a laboratory exploring the potential of algae as a replacement for non-biodegradable plastics, while another project is focused on turning plants into nightlights. Rihanna’s affordable makeup line, Fenty Beauty, meant for all skin tones, also features.

In the fashion section are Ruth E Carter’s costumes from the movie Black Panther; Nigeria’s World Cup football kit; and a gender-bending fashion line by the Palomo Spain label.

Previous winners of the contest have included Shepard Fairey’s Barack Obama poster, a folding plug and the London 2012 Olympic torch. Last year’s winner was the architect Sir David Adjaye for his work on the National Museum of African American History and Culture in Washington DC.

This year’s architecture nominees include Jean Nouvel’s Louvre Abu Dhabi; Thomas Heatherwick’s Zeitz Museum of Contemporary Art Africa in Cape Town, a museum carved from concrete; and an activity centre and museum in southern Denmark made entirely from Lego.

In the graphics section, nominees include Mushpit, a satirical feminist magazine; and the studio behind the rebranding of the Czech national railway.

Objects in the product section include the new counterfeit-proof £1 coin; Quicksee, a portable eye test that anyone can use; and an operating theatre that fits into a backpack. There is also a boot made from mushrooms to be worn on Mars — created using human sweat.

In digital there are nine nominees including a Sony robot dog, and Bad News, an online game to help people “outsmart fake news”.

In transport the nominees include the latest bicycle model from Mobike, the world’s largest bike-sharing platform.

Among the early visitors to a preview of the show was Kevin O’Hare, the director of the Royal Ballet, after the nomination of Erdem Moralıoğlu for costumes worn by dancers in Christopher Wheeldon’s Leonard Bernstein tribute, Corybantic Games.

He said the nomination was a thrill for the Royal Ballet and Moralıoğlu, who spent a long time working with the dancers to understand what designs worked. “He embraced the whole thing and was there every night and the dancers loved it of course,” said O’Hare.