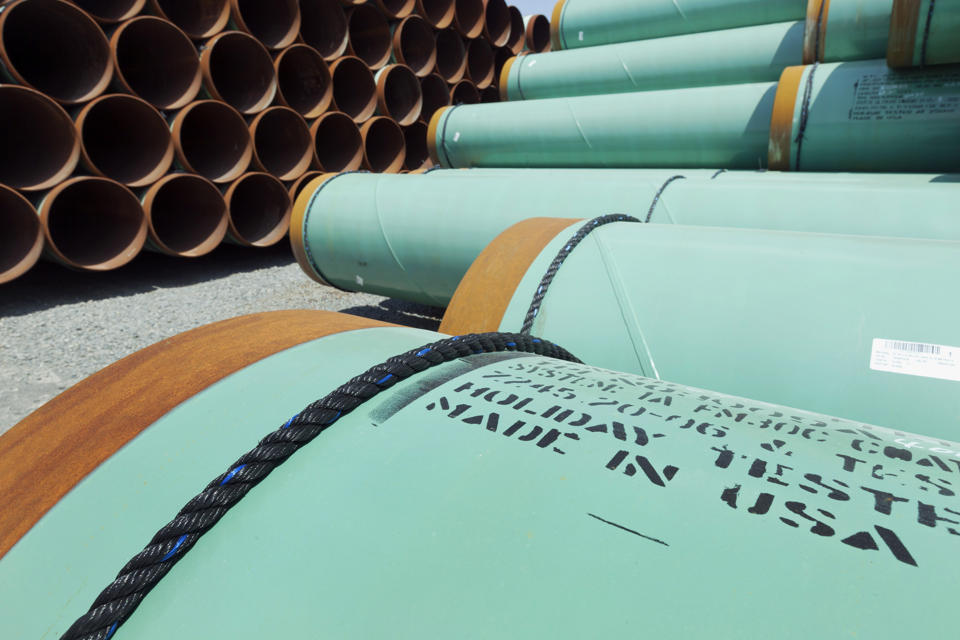 WASHINGTON (AP) — Democrats sweating this year’s elections may be hoping that the Obama administration’s latest delay to the proposed Keystone XL pipeline takes a politically fraught issue off the table for the midterms.

An indefinite extension of the government’s review of the contentious oil pipeline, announced late Friday by the State Department, almost certainly pushes a final decision past the November elections, keeping the project in a politically expedient holding pattern. But it is doing little to quell posturing over the project, which has taken on a life of its own as climate change activists battle with energy advocates from both parties.

Republicans jumped at the chance to paint Democrats as powerless to rein in their own party’s president. Keystone opponents were split, with some praising the delay and others chiding President Barack Obama for not vetoing the project outright.

“It reinforces how ineffective, powerless and without influence senators like Mary Landrieu, Mark Begich, Mark Warner and Kay Hagan are,” said Brad Dayspring of the National Republican Senatorial Committee, rattling off vulnerable Democrats up for re-election in November.

For Democrats competing in Republican-leaning states, winning those votes will require putting distance between themselves and Obama. The State Department’s announcement that a decision on Keystone XL won’t come any time soon offers a prime opportunity to bash the leader of their party.

“I am frankly appalled at the continued foot-dragging by this administration on the Keystone project,” said Begich, D-Alaska, adding that the delay “means we’ll miss another construction season, and another opportunity to create thousands of jobs across the country.”

On the opposite end of the spectrum, some environmentalists were equally miffed, arguing that Obama should muster the courage to nix the project rather than hold out the prospect that he’ll approve the pipeline, which would carry oil from western Canada’s tar sands to refineries on the Texas Gulf Coast.

“While we’re at it, the State Department should also request that physics delay heat-trapping operations for a while, and that the El Nino scheduled for later this spring be pushed back to after the midterms,” said Bill McKibben of the group 350 Action in a statement dripping with sarcasm.

Word of the latest in a string of delays to Keystone XL came Friday as Washington was winding down for Easter. The State Department said it will give federal agencies more time to weigh in on the matter but declined to say how much longer. Officials said the decision will have to wait for dust to settle in Nebraska, where a judge in February overturned a state law that allowed the pipeline’s path through the state.

Nebraska’s Supreme Court isn’t expected to hear an appeal of that ruling until September or October, and there could be more legal maneuvering after it does so. Obama will almost surely have until after the elections to make the final call about whether the pipeline should be built.

Rejecting the pipeline before the election would have put Democrats like Landrieu and Begich in a tough spot, while approving it would have risked rankling Obama’s allies and donors in the environmental community — some of whom are already pledging to spend huge sums this year helping candidates who have publicly opposed the pipeline.

“There’s no winning decision here,” said Democratic pollster Celinda Lake. “In a situation where you’re between a rock and a hard place, it’s better to postpone and then let everybody complain.”

For Landrieu, whose competitive race in Louisiana will help determine whether Democrats retain control of the Senate, the delay comes at a particularly sensitive moment. Landrieu recently took the helm of the Senate Energy Committee, and has been using her new position to argue that she offers voters in oil-dependent Louisiana the best chance to influence energy policies — including approval of Keystone XL.

“Turns out that Landrieu isn’t influential at all,” Dayspring quipped after the latest delay was announced Friday.

The pipeline project has become a proxy for a larger battle pitting efforts to combat climate change against efforts to promote American energy. The 1,179-mile pipeline, which has been waiting for more than five years for approval, would travel through Montana and South Dakota to a hub in Nebraska, where it would connect with existing pipelines to carry more than 800,000 barrels of crude oil a day to Texas refineries.

Keystone XL proponents argue it will create thousands of jobs and reduce reliance on Mideast oil. But Obama and environmental groups dispute the notion that the pipeline would create many permanent jobs or have a substantial economic impact.

Global players expect firm May prices out of the Middle East