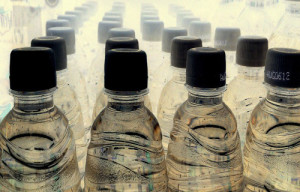 Public concerns over the potential harm of bisphenol A (BPA) – an industrial chemical used to strengthen plastic in things like water bottles and children’s toys – has seen many manufacturers develop ‘safer’, BPA-free alternatives in recent years. But one chemical that’s being used as a BPA substitute might not actually be any safer, research has found.

The findings might mean it’s also potentially harmful to humans too, although we have no evidence of this as yet.

“Our study shows that making plastic products with BPA alternatives does not necessarily leave them safer,” said reproductive endocrinologist Nancy Wayne from the University of California, Los Angeles (UCLA). “Our findings are frightening – consider it the aquatic version of the canary in the coal mine.”

The researchers found that when exposed to either BPA or BPS at low levels, the physiology of zebrafish at the embryonic stage demonstrated changes in as little as 25 hours.

“Egg-hatching time accelerated, leading to premature birth,” said Wayne. “The embryos developed much faster than normal in the presence of BPA or BPS.”

In addition, the team found that BPA exposure might overstimulate the animals’ reproductive system, with the amount of endocrine neurons in zebrafish increasing by up to 40 percent.

It’s worth bearing in mind that these findings relate directly to testing on animals, and not people. Despite the concerns some have over BPA relating to its effects on developmental stages shown in animals, authorities have gone to lengths to reassure people that they don’t need to be worried about low levels of exposure. Per the US Food and Drug Administration’s (FDA) web site:

“Is BPA safe? Yes. Based on FDA’s ongoing safety review of scientific evidence, the available information continues to support the safety of BPA for the currently approved uses in food containers and packaging.

People are exposed to low levels of BPA because, like many packaging components, very small amounts of BPA may migrate from the food packaging into foods or beverages. Studies pursued by FDA’s National Centre for Toxicological Research (NCTR) have shown no effects of BPA from low-dose exposure.”

Of course, the warning that any alternatives to BPA are not in themselves necessarily safe is a good thing to remember, especially since we may know even less about the health effects of these substitutes on humans. As a team of researchers wrote for The Conversation in 2014:

“While a ‘BPA-free’ label does say the BPA has been removed, it says nothing about what the BPA has been replaced with. In many cases, this will be a substance that has not been as thoroughly studied as BPA. It might turn out that the substitute chemical is safer, in which case this choice indeed reduces risk.

However, because substitute chemicals have not been studied as much, they may present a greater health risk than BPA – a problem often referred to as the ‘regrettable substitution’ problem.”

If you’re really concerned about the materials in use around you, this research serves as a reminder that a “BPA-free” sticker only tells you one thing about a product – what’s not included – and unfortunately, nothing more. Hopefully, with more studies like this one, we’ll all be better informed about what chemicals are being used in the products we buy every day.