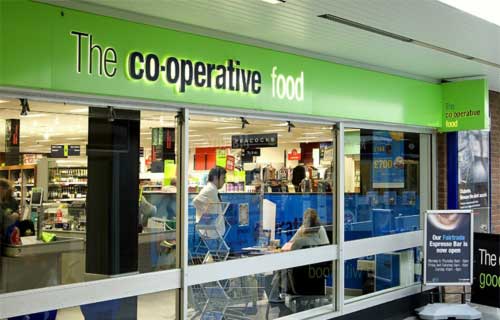 The Co-op has become the first retailer to sign up to the ‘Plastic Industry Recycling Action Plan (PIRAP), and is calling on other retailers to follow suit.

The food retailer will support the PIRAP scheme which was launched last year by WRAP and Plastics 2020 (namely BPF, PAFA and Plastics Europe) to promote plastic packaging recycling initiatives across every link in the supply chain. PIRAP’s overarching aim is to increase UK plastics recycling from 32% to 57% by 2017.

Co-op Environment Manager Iain Ferguson said: “We are proud to support this initiative as we recognise it is essential that everyone plays their part in increasing plastic packaging recycling.

“We are committed to significantly increasing the recyclability of our packaging, but know that so much of the change needed must come from working together as an industry. We may be the first retailer to sign up to PIRAP but we also want to use this opportunity to call on other retailers and suppliers to move with us.

“We’re already working on some interesting innovations with our packaging and we have a history of doing the right thing when it comes to making recycling easier for our customers – the PIRAP plan includes work we have already started and also lays out some targets for us to focus on.”

Helen Jordan from the British Plastics Federation said: “PIRAP was launched in 2015 to provide a collaborative approach to meeting the Government’s plastic packaging targets. PIRAP was the first time that the whole plastic packaging supply chain was brought together and shows how each stage of the supply chain can impact on recycling.

“There are 47 supporters of PIRAP and progress has been made by all parts of the supply chain. We encourage more companies and organisations to get involved in PIRAP.”

The scale of the challenge is clear: Earlier this year, The Ellen Macarthur foundation released the ‘new plastics economy’ report which revealed that, in a business-as-usual scenario, by 2050, the world’s oceans are expected to contain more plastics than fish (by weight), and the entire plastics industry will consume 20% of total oil production, and 15% of the annual carbon budget.