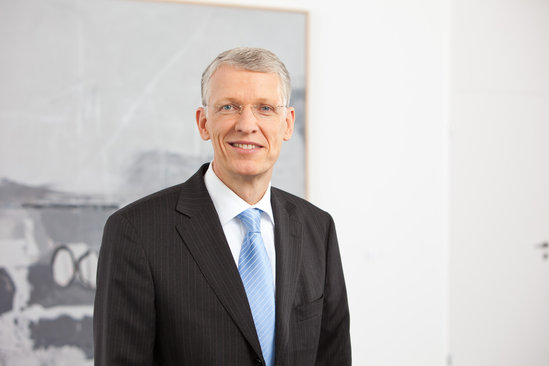 Cologne – The Supervisory Board of LANXESS AG has resolved at its meeting today to end, by mutual agreement, the appointment of Axel C. Heitmann as Member and Chairman of the Board of Management of LANXESS AG, effective the end of February 28, 2014.

“Mr. Heitmann has played a key role in shaping the company since its creation through consistent restructuring and strategic portfolio measures. He has formed LANXESS into a leading global specialty chemicals company, achieving many noticeable successes,” said Rolf Stomberg, Chairman of the Supervisory Board of LANXESS AG. “The Supervisory Board expresses its sincere gratitude and high regard for Mr. Heitmann, also on behalf of all employees.”

“LANXESS is facing significant challenges, for example in terms of market capacities and business portfolio. Therefore, the Supervisory Board believes it is the right time to hand over responsibility to a new leadership in order to overcome these challenges,” said Stomberg. “Mr. Zachert performed excellent work as Chief Financial Officer at LANXESS and has an outstanding reputation among employees as well as in the capital market.”

LANXESS is a leading specialty chemicals company with sales of EUR 9.1 billion in 2012 and roughly 17,500 employees in 31 countries. The company is currently represented at 52 production sites worldwide. The core business of LANXESS is the development, manufacturing and marketing of plastics, rubber, intermediates and specialty chemicals. LANXESS is a member of the leading sustainability indices Dow Jones Sustainability Index (DJSI) World and FTSE4Good as well as the Carbon Disclosure Leadership Index (CDLI).

Forward-Looking Statements.
This news release may contain forward-looking statements based on current assumptions and forecasts made by LANXESS AG management. Various known and unknown risks, uncertainties and other factors could lead to material differences between the actual future results, financial situation, development or performance of the company and the estimates given here. The company assumes no liability whatsoever to update these forward-looking statements or to conform them to future events or developments.

You can find further information concerning LANXESS chemistry in our WebMagazine at http://webmagazine.lanxess.com.

GM back on top as world's best-selling automaker

Author plasticsinfomart 159
The WITTMANN Group has launched its long awaited W822 robot model. The W822 will now serve as the entry model for small to mid-size...
Read More

Kenya bans plastic bags, may fine violators up to $38,000