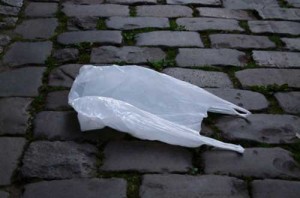 California voters who oppose the death penalty and those who want to challenge the plastic bag industry may accidentally cast ballots against their views.

40 percent of likely voters who called themselves “anti-death penalty” in a new Capitol Weekly survey also favored Proposition 66. That measure would look to hasten executions.

More than 90 percent of those surveyed who described themselves as anti-death penalty said they would support Proposition 62, which would abolish the punishment.“Voters are somewhat confused by the technical language in these ballot measures, where there is this complexity,” says Paul Mitchell, who analyzed the data for the poll. “Sometimes voters are getting it wrong.”

That suggests many voters could cast ballots in favor of both measures.

Plastic companies have supported two ballot measures this election. One is a referendum on the state’s plastic bag ban. The other, Proposition 65, would strip grocers— who supported the ban—of revenue from selling disposable paper bags.

The survey found most Proposition 65 supporters had misperceptions about it.

Almost 70 percent of Proposition 65’s supporters thought they were voting against the plastic bag industry. The measure would strip grocers of revenue from selling disposable paper bags, after they supported a state ban on plastic bags.

Fewer survey participants miscast their vote on Proposition 67, the plastic bag referendum. A ‘yes’ vote leaves the ban in place, but 12 percent of ‘no’ voters thought they were voting against the industry.