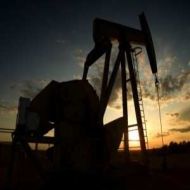 Shares of Cairn India , a subsidiary of Vedanta Group, plummeted over 2% as crude oil prices have been falling since yesterday after concerns over China’s economic growth and no monetary stimulus by Federal Reserve.
At 11:57 hours IST, the share was trading at Rs 327.05, down 2.07% after hitting an intraday high of Rs 332 and low of Rs 323.55.

NYMEX crude closed down below USD 82 a barrel yesterday after earlier hitting an eight-month low of USD 80.39. It was down over 1% to USD 80.4 a barrel as EIA inventory moved up by 2.9 million barrels as against forecast of 1 million barrels.
Oil exploration companies get lower realisation from crude oil sales if crude oil prices fall.

Bac2 raises more than £300,000 in over-subscribed funding round

Oil eases ahead of US job figures