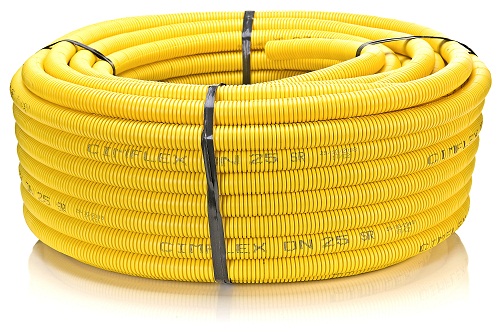 DuPont’s Fusabond modifiers are being used in an award-winning closed-loop recycling process in Brazil called the Virtuous Cycle using Fusabond.

Fusabond is expected to be among the polymers featured at DuPont’s booth at the upcoming National Plastics Expo in Orlando, April 1-5.

In the Virtuous Cycle Project, empty agrochemical multilayer bottles in Brazil are collected and recycled into high-value industrial applications, such as flexible corrugated pipes. Collection is managed by Brazil’s National Institute for the Processing of Empty Packaging (inPEV).

DuPont received the 2010 Premio ECO Award in the Sustainability in Products category for its role in the closed-loop recycling process. The award is considered to be Brazil’s most prestigious sustainability award.
Upon accepting the award, DuPont Latin America President Eduardo W. Wanick said “Multilayer containers pose a great recycling challenge due to the variety of plastic materials used in the construction.”

The Virtuous Cycle Project started in 2002, and since then more than 150,000 tons of empty packaging has been collected, says Jose Torradas, senior technical consultant with DuPont Packaging. The recycling has effectively eliminated the need for 374,000 barrels of crude oil and more than 160,000 tons of CO2 equivalents, Torradas noted.

Fusabond is a family of polymer modifiers designed to help bond dissimilar polymers used in toughened, filled and blended compounds. The Virtuous Cycle using Fusabond project relies on the unique characteristic of Fusabond to compatibilize and bond dissimilar polymers in the recycling process. Fusabond also improves impact resistance, surface finish and processability of parts and films so the recycled product can be used to form other articles with little material loss and great added value, DuPont says.

“We are still operating at a strong and steady run rate,” Torradas says of the program. According to inPEV, Brazil is recycling its agrochemical chemical packaging at a 95 percent rate. “The consortium does a lot of activities to encourage the users to recycle,” Torradas says.

According to a statement released by DuPont at the time of the award, Brazil is a leader in collecting used agricultural chemical packaging compared with Canada (73 percent), Germany (76 percent), France (66 percent) and the United States (30 percent).

The flexible corrugated pipes are used in a variety of applications, such as for irrigation, drain pipes and other civil projects. “Cimplast, one of the bottles producers, makes motor oil containers with these materials,” Torradas notes.

Torradas says while this particular Fusabond application has been specific to Brazil thus far, it could be extended to other regions if there was an authority to manage the recycling infrastructure, which includes collecting and sorting containers.

ENGEL at Chinaplas 2012 in Shanghai

Author plasticsinfomart 14
About two dozen Detroit firefighters continue to battle a blaze at Preferred Filter Recycling this morning. The business, which is located on Gratiot Avenue...
Read More