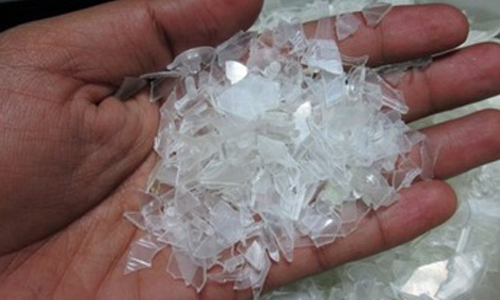 Recycling may be redundant if no one actually buys the finished recycled product, industry experts say.

“If you’re importing virgin plastics, these things can only be recycled viably if there’s a market for it.”

Currently, many are using non recycled plastic, and consumers can’t tell the difference.

Overseas, many governments were rewarding brands to have a certain percentage of recycled plastic in each product.

“Product owners are not doing enough to close the loop.”

Supermarkets had limited control over how the products were packaged, and the product brands themselves needed to show leadership, he said. “It’s not easy for consumers to be able to identify a recycled plastic.”

An rPET (recycled plastic) package could be the same price as virgin plastic, he said.

Flight Plastics chief executive Keith Smith said companies could be doing more to support products like their’s, made from rPET.

“They’ve been supportive to a point. But we’d like them to do more. The supermarkets buy a lot of packaging directly, so they’ve got to change.”

Supermarkets were buying rPET from overseas and adding it to the country’s waste stream, but they could be buying New Zealand recycled only, Smith said.

“If you’re buying rPET in from offshore, then you’re still adding to the pile.”

Some plastic containers were using terms “made in New Zealand” and “recyclable” stamped in to the plastic, but Smith said that didn’t meant the rPET was made from plastic recycled in New Zealand and made it difficult for consumers to know the difference.

The meat section in supermarkets was the slowest to change, Smith said.

A Countdown spokeswoman said they already had a number of rPET packaging products in stores.

“Flight Plastics is a fantastic example of a Kiwi company doing great things to reduce, reuse and recycle plastic.

Since December 2016, all Countdown meat trays were made out of rPET, she said.

Foodstuffs spokeswoman Antoinette Laird said they were the first supermarket and “miles ahead of anyone else” to introduce meat trays made from 50 per cent rPET.

Flight Plastics supplied them with some packaging, however their meat trays were manufactured by another company, which they believed was imported, Laird said.

How to buy recycled rPET

* Look for “rPET” printed on the package, with a recycling number of one.

* Beware of PET – it’s non recycled virgin plastic, not recycled plastic, but can still be recycled.

* Words like “made in New Zealand” and “recyclable” stamped in to a plastic package do not ensure it’s made from plastic recycled from New Zealand, it could be imported.