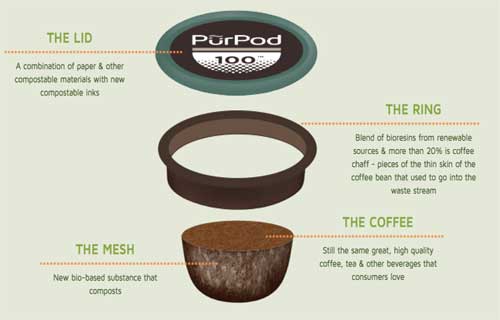 Winner of its 2016 Innovation in Bioplastics Award announced

This past week, from August 22-26, 2016, the Bioplastics Division of SPI: The Plastics Industry Trade Association hosted its inaugural Bioplastics Week – a social media-based event to increase visibility for bioplastics together with various other partnering organizations, among which European Bioplastics, Plastics Europe, USDA BioPreferred Program, Sustainable Packaging Coalition, and many more.

The highlights of the past week included workshops, Q&A blog posts, reports, infographics, press releases, and many many tweets and posts on social media channels. SPI’s Bioplastics Division held a webinar on biodegradability claims and related environmental claims on 24 August and released their quarterly Plastics Market Watch report on bioplastics yesterday, on 25 August.

The first Bioplastics Week week closed today with the announcement of the winner of the SPI’s 2016 Innovation in Bioplastics Award. Since 2013, the award has been presented each year to a company selected for its innovative application of bioplastics materials, products or processes. Entries are judged on innovation, sustainability measures and marketplace impact. This year, the award went to Club Coffee, Canada’s largest roaster, contract manufacturer and distributor of packaged coffees. Club Coffee’s PurPod100™ offers consumers a single-serve coffee solution that breaks down fully in typical municipal and industrial composting facilities in as little as five weeks.

“Club Coffee’s PurPod100 is a product that consumers use every day that’s made possible through bioplastics. It is the exact kind of science application that our Bioplastics Division is thrilled to recognize through this award,” said Patrick Krieger, assistant director of regulatory and technical affairs at SPI: The Plastics Industry Trade Association. “A simple innovation in design is having huge impact in the small things we consume daily that impact our carbon footprint.”

The growing phenomenon of single-serve coffee is apparent in office and home kitchens nationwide. According to Club Coffee, in 2014 almost 30 percent of U.S. consumers were drinking single-serve coffee, with U.S. single-serve retail coffee sales growing 319 percent between 2011 and 2015 to reach about $4.6 billion in revenue. A 2015 Quantis study, Life Cycle Assessment of coffee consumption: comparison of single-serve coffee and bulk coffee brewing, found that “single-serve best case scenario posts a better environmental performance than the dripbrew system from the perspective of the systems’ full life cycles.”

“Our team and partners developed materials that are industrially compostable,” said Club Coffee CEO, John Pigott. “Groundbreaking research produced materials, including a paper lid, a ring using chaff from coffee roasting and a mesh filter made of biobased plastic. Well-known coffee brands are now using PurPod100 to deliver a perfect cup of coffee for consumers who want a better approach to single-serve convenience.”

PurPod100 is the first product to earn certification by the Biodegradable Products Institute and its industrial composting abilities were confirmed by tests at composting sites in the U.S. and Canada. Research from the US Composting Council supports PurPod100’s other environmental benefits such as reduced greenhouse gas emissions and the potential to divert tons of waste from landfills to industrial composting.