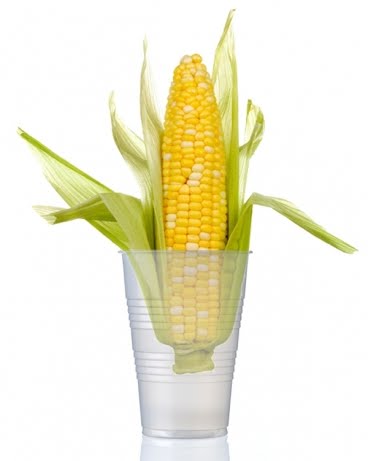 The president of one the biggest bioplastics companies in North America says the industry is poised for explosive growth.

Marc Verbruggen, president and CEO of Nebraska-based NatureWorks, told about 150 people at an international conference organized by Sarnia’s BioIndustrial Innovation Centre, that in the next five years “this market will grow very rapidly…less than 50 percent growth in this industry is a conservative estimate.”

NatureWorks, which makes biopolymer (polylactic acid) to create eco-friendly plastics used in things such as food packaging, has grown 20 percent a year since 2008. Industry analyst say most bioplastics companies are growing at a rate of about 15 percent per year.

“With all that good news, we still have only one percent of the plastics industry; there is a wide range of opportunity there.”

Verbruggen says that growth has been bolstered as big multinationals turn away from traditional oil-based plastics. He says Coca-Cola has been one of the major players, using bioplastics in its bottles.

“Without Coke there would be no (bioplastics) industry or it would be ten years behind. They are really driving this industry and it’s not green washing, they are putting their money where their mouth is,” says Verbruggen.

“We’ve moved from smaller players, who did not mind taking a chance, to larger companies who have a lot to lose.”

All that growth comes with problems. NatureWorks expects to build new plants every two to three years – the next is in Thailand. But it is expensive.

“It requires a lot of money to play and access to capital is not that great,” he says.

Verbruggen expects there will be one million tonnes of new capacity built in the next five years – that will require about 1.5 to 2 billion dollars. He says the “growth will be constrained” simply because the capital to build the plants will be difficult to get.

Mike Hartmann, executive vice president of BioAmber, knows first hand how difficult it is to secure finances. BioAmber just recently raised $80 million to build its new succinic acid plant in Sarnia. “A lot of the new technologies are from smaller companies not large multinationals,” he says, noting even multi-nationals have a hard time raising capital. Hartmann says it’s difficult to convince investors to put up big money when it will take two years before the product is made. “That’s a long time to have capital out there without a return.”

Verbruggen says as larger plastics companies such as Dow, BASF and BP become involved in bioplastics, it may be easier to convince investors to get involved.

Verbruggen says government does have a role to play in building the bioplastics industry by making it easier to build large scale plants. “We don’t need anymore pilot plants, we know how to make PLA (bioplastics),” says Verbruggen. “Don’t spend research and development dollars on something that has already been done.”

Verbruggen says it would be far more helpful if governments put in place progressive investment polices, such as Singapore and Thailand.