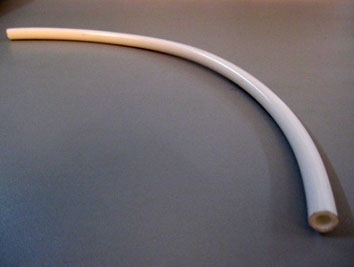 Players in Turkey and Egypt report that Asian PVC offers are beginning to re-emerge after a long period of absence as per the pricing service of ChemOrbis.  Offers for South Korean PVC showed up in Egypt this week while players in Turkey reported receiving offers for Taiwanese and Malaysian cargoes over the past two weeks.  Both of these markets had not seen more than occasional Asian import offers for quite some time.  Traders active in the Chinese market report that a number of Asian suppliers have been diverting their PVC allocations to Southeast Asia and other markets as demand inside China has been disappointing after the Chinese New Year holidays.

In the Turkish market, traders reported seeing offers for Malaysian and South Korean PVC k67 and Taiwanese PVC k70 over the past two weeks.  According to data from Turkish Customs, the Turkish market had not received any imports of Malaysian PVC since June of 2011 while Taiwanese offers have been steadily arriving in small amounts to the country over the past year, although imports of Taiwanese PVC fell from 11,708 tons in 2010 to 5,794 tons in 2011.  South Korean imports also posted steep declines from 6,542 tons in 2010 to just 981 tons in 2011.  Malaysia had been among Turkey’s top 20 suppliers of PVC in 2010 with total exports of 9,561 tons before Malaysian exports plunged to just 396 tons in 2011.

“We were to surprised to receive an offer for Malaysian PVC k67 this week as we had not received any offers for Malaysian cargoes for quite some time,” stated a Turkish trader who received an offer for Malaysian PVC this week.  “We managed to sell some South Korean PVC last week,” another Turkish trader reported.  Players in the Turkish market reported that they are holding a generally firm outlook on the market for the weeks ahead even though trading activity remains limited for the present.

In Egypt, a trader reported offering South Korean PVC k67 in the import market this week, with their price for this origin standing close to the high end of the prevailing offer range for mainstream American PVC origins.  “We are seeing slightly better PVC demand from Egypt and buyers are showing some interest in our current offer levels,” the trader commented.  “It had been some time since the last time we had offered any Asian origins to the Egyptian market,” the trader added.