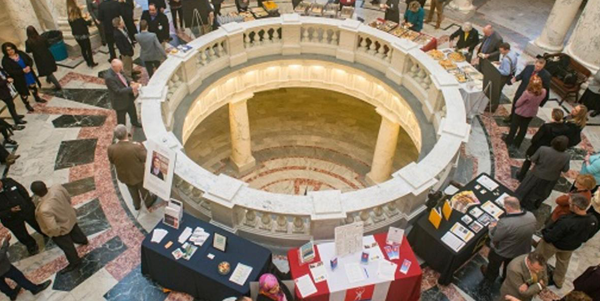 “The industry must take the lead to reduce energy consumption, raise the efficiency of emissions management, as well as accelerating the development of new sustainable feedstock and technologies,” Wim Roels, the chairman of the Singapore Chemical Industry Council (SCIC), told delegates at the 2018 Asia Petrochemical Industry Conference (APIC) in Kuala Lumpur, Malaysia.

The industry will also need to work closely with governments to facilitate post-use plastics and improvement of recycling efforts.

“With these actions taken, we would be able to produce sustainable products for the growing population,” Roels said.

Collaborations are also necessary to meet the goals under the 2015 Paris Agreement on Climate Change by 2030 and the United Nations Sustainable Development Goals, said Kohei Morikawa, the chairman of the Japan Petrochemical Industry Association (JPIA).

“We believe that demand for petrochemical products continues to grow at a robust pace. However, in order to make sure long-lasting growth, we need to successfully deal with the challenges facing the industry and our society in general,” he said.

“To successfully execute it, not only collaboration among these stakeholders are required but among those in the geographies as well because there is no physical boundary for environmental issues,” he said.

Marine littering is now causing major environmental concerns and every country is impacted and responsible for it, Utaisup said.

“There is an urgent need for us to collaboratively and proactively address the issue,” he added.

While the real issues to be addressed are disposal systems and waste management, plastics as an industry is having to bear the brunt, said Kamal Nanavaty, president of the Chemicals & Petrochemicals Manufacturers’ Association of India (CPMA).

The recent ban on single-use plastics is a great “wake-up call” for the industry, he said, adding that environmental degradation is the greatest threat to future society.

“As we speak, millions of posts, articles, and photographs are doing the rounds of mainstream and electronic media and social media on the perceived havoc being caused by plastics on the environment and ecosystem,” he said.

“It is vital that all stakeholders are made aware of the real contribution that plastics make to society and the fact that it is a part of the solution to the biggest challenges facing humanity rather than being the problem,” Nanavaty said.

PETRONAS president and CEO Wan Zulkiflee Wan Ariffin said that protection of the environment would be one of the main consideration for consumers and policy makers in hammering out energy policies.

There has been a renewed call for better management of single-use plastics, he said, citing the Ocean Conservancy 2017 report stating that the world’s oceans are filled with more than 150m tonnes of plastic.

“The spectacle has propelled a less than favourable view of plastics, and many global corporations are jumping on the bandwagon, banning plastic straws just like plastic bags before them,” Wan Ariffin said.