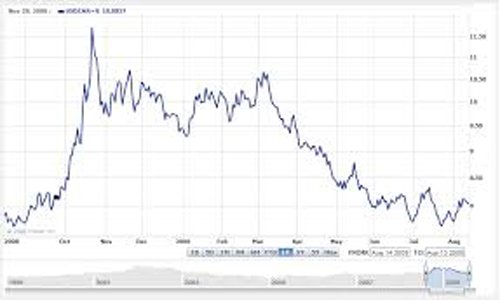 According to ChemOrbis, in Africa, players started the month with lower January prices in line with the globally decreasing trend in the light of declining upstream costs. However, despite hefty decreases, players’ further downward adjustment expectations remain in place while some countries in the region have already started to receive new levels with downward revisions.

In Egypt, a film and injection products manufacturer reported at the end of last week that a major Saudi Arabian producer adjusted their PP and PE prices downward. The Saudi producer had initially issued $170-210/ton decreases for HDPE products for January. Their LLDPE film prices were down by $110-150/ton and LDPE film offers were $110-160/ton lower from December. The producer had also issued $110-120/ton decreases for January homo-PP prices when compared to their initial December levels.

At the end of last week, the producer offered additional decreases of $20/ton for HDPE and LDPE film while they cut their LLDPE film offers by another $40/ton. The producer, meanwhile, adjusted their PP raffia and injection offers downward by a larger amount of $50/ton.

A converter who received these new lower offers commented, “Despite the Saudi producer’s adjustments, we still find their prices very high. Given players’ further decrease expectations for February, we are not planning to make any fresh import purchases this month. Plus, we already hold high stocks amidst weak end product demand.”

In the United Republic of Tanzania, a raffia products converter reported receiving lower PP raffia and injection offers from two different Middle Eastern suppliers. According to the buyer, the new downwardly revised levels indicate $70/ton decreases when compared to initial January prices, which were announced with three digit decreases. “Despite the decreases, overall demand is not good since it is not the high season for PP applications,” he commented. The buyer, highlighting the fact that they can obtain offers for South Korean PP at levels $90/ton below the prevailing offers from the Middle East, expects further downward adjustments from Middle Eastern producers.

In Kenya, a major Saudi producer issued very large decreases of $140-210/ton for PE and up to $330-340/ton decreases for PP as per ChemOrbis pricing service. However, despite these very large drops, buyers continue to expect further downward adjustments, highlighting the bearish trend. “Supply levels are ample in the market and we are not in a rush to make fresh purchases,” a Kenyan converter reported. “Despite the initial decreases, we anticipate further downward adjustments since the outlook in global markets remains bearish into February,” added another buyer.