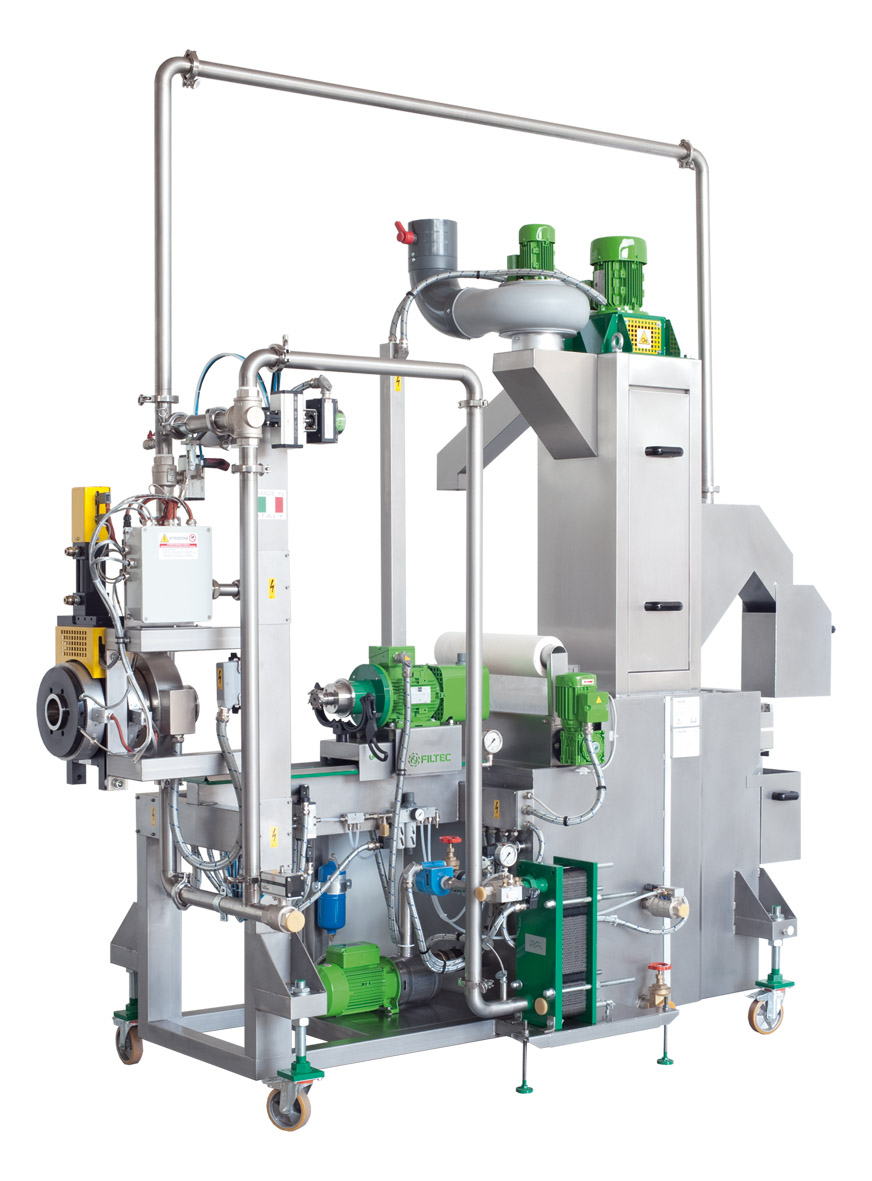 ICMA SAN GIORGIO is hosting a three-way open house along with Filtec (from Italy) and Ettlinger (from Germany) at its offices in San Giorgio su Legnano, near Milan, on 19 and 20 February. The three companies play a leading role in their respective fields: recycling-compounding, filtration systems and cutting devices.Three innovative systems will in fact be presented which, when working in combination, recycle heterogeneous waste, give positive result on same number of key factors: innovation, profitability, differentiation.

Two live demonstrations will be given during the open house on a line based on ICMA SAN GIORGIO’s co-rotating twin-screw extruder, which is technologically state-of-the-art and optimized for advanced recycling. The first demonstration will involve the processing of heterogeneous packaging waste, including primarily polyolefins, but also containing barrier film, metalized film, printed film and so on. Normally, this type of waste cannot be recycled just as it is or it is used to make low cost products, such as low-pressure mouldings.

The extruder used, on the other hand, gives the product a higher characteristics allowing the use of the material in more sophisticated applications, obtaining an added value product.The second demonstration also intends to offer an almost advanced example of recycling, namely the recover of ground but not washed car bumpers. These components are made by polypropylene, modified with thermoplastic rubber to increase the elastic modulus and with mineral fillers to boost sturdiness.

All the above is possible thanks to the unique mixing performance achievable only with ICMA twin-screw co-rotating technology. Another important aspect is the extreme efficiency of the degassing system that is much more performing than other technological solutions; this behavior permits maximum extraction of the volatile substances, normally at high content in a matrix of this kind. The co-rotating technology also offers the exclusive opportunity of filling or reinforcing the polymer, to obtain (although this aspect was not part of the demonstration) an even more attractive produce in terms of profitability.

A continuous, latest generation ERF screen-changer developed by Ettlinger is installed downstream the extruder. The device is fully automatic and reaches extremely high filtration performance levels, to the order of 150 micron, even with a very high percentage of pollutants and without requiring the constant presence of an operator. Further downstream, the line will have an underwater pelletiser, specifically tuned by Filtec for this process. The underwater technology allows the immediate cooling of the material, thus guaranteeing highly precise and consistent cutting even with highly complex materials.