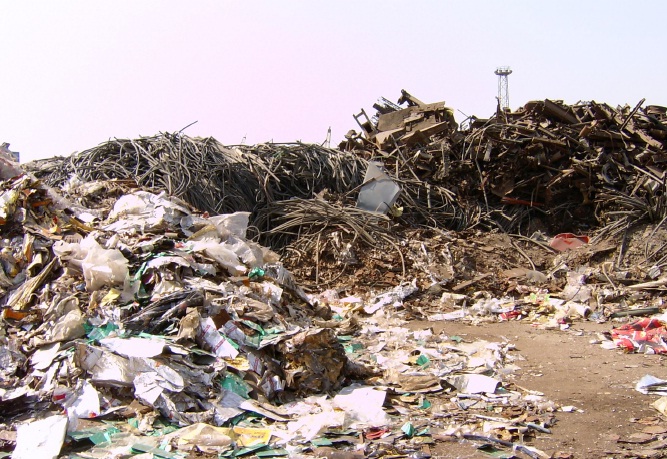 During the last three years Pakistan has imported more than 100 thousand tons of plastic scrap out of which most of the imported plastic scrap is used in manufacturing of pipes, which are then used for supply of water thus putting millions of lives at risk and also in violation of Pakistani Pipe manufacturing standards PS 3051/1991, according to stakeholders here.

To control the dumping of hazardous plastic scrap in the country, the Government doesn’t need to invent any special procedure as it can fully control this menace by adopting the procedure being followed by neighbouring India. In India, only production waste can be imported for further recycling. According to Indian law, “plastic scrap/waste shall constitute those fractions of plastics generated by various plastic processing operations or those fractions generated in the production process of plastics in a plant, which have not been put to any use whatsoever and as such can be termed as virgin or new material which can be recycled into viable commercial products using standard plastic processing techniques but without involving any process of cleaning, whereby effluents are generated.”

Conditions for importing plastic waste in India demand that:
(i) Applications for import licenses would be granted by Directorate General of Foreign Trade (DGFT) in consultation with Department of Chemicals & Petrochemicals and Ministry of Environment & Forests, India.

(ii) The plastic scrap/wastes conforming to the prescribed specifications would be permitted only to the actual users who have the required facility for recycling such scrap/waste and who are duly registered with the competent State/Central authority and also possess clear pollution clearance certificate from the concerned State Pollution Board where the unit is located, as well as a capacity assessment certificate.

(iii) Each consignment of plastic scrap/wastes imported shall be accompanied with a certificate from the factory in which it was generated to the effect that it conforms to the prescribed specifications.

(iv) The importer of the plastic scrap/waste shall also be required to furnish a declaration to the Customs authorities at the time of clearance of goods, certifying that the plastic scrap/wastes imported by him and for which clearance is being sought, strictly conforms to the prescribed specifications and that it is free from any kind of toxic/non-toxic contamination and has not been put to any previous use, whatsoever.

(v) The Port and Customs authorities shall ensure that shipment is accompanied by test report of analysis of the consignment in question, from a laboratory accredited by the exporting country.

(vi) Before the clearance of the plastic waste/scrap, all imported consignments of such plastic scrap/waste shall be subjected to scrutiny and testing of samples. Customs authorities shall for this purpose draw a sample and send the same to the nearest laboratory/Office of the Central Institute of Plastic Engineering & Technology (CIPET) with a view to having the same analysed and verified that such imported consignments are in conformity with the prescribed specifications.

Pakistan’s Ministry of Commerce in its import policy order dated March 8 had introduced measures to further control the import of hazardous plastic import in the country. Under the new policy order the government wouldn’t allow import of hospital waste of all kind, used sewerage pipes and used chemical containers.

According to the new import policy, plastic scrap was supposed to be Importable by industrial consumers subject to the fulfilment of certain conditions, such as certification confirming appropriate manufacturing facility available with the importer and determination of import quota from concerned Federal/Provincial Environmental Protection Agency.

Nothing has so far been implemented in this regard and from January 2013 to December 2013 Pakistan allowed dumping of over 25,736 metric tons of plastic scrap in the country. The major dumping countries include, kingdom of Saudi Arabia 37 percent, Britain 27 percent and United Arab Emirates 15 percent share. Other dumping countries include: Bahrain/Kingdom of Bahrain 6 percent, Belgium 4 percent, Netherlands 3 percent, Hong Kong, China 2 percent, Oman 2 percent, Germany 2 percent, Kuwait 1 percent, & others.

Informed sources said that despite it being the policy’s intent to have the plastic scrap consignments inspected by technically qualified designated Pre-Shipment Inspection companies in exporting countries, this rule is yet o be implemented.

Industry sources said that the current policy like previous policy limits the import of non hazardous plastic scrap to manufacturers only, however, making it more regulated by assigning manufacturer quota for import. As previously observed that most of plastic scrap in Pakistan is imported by traders for resale therefore, the efficacy of newly proposed measures could only be ascertained if it’s implemented in letter and spirit.

They said that in Pakistan, despite the new rules in Import Policy order 2013, imported plastic scrap continued to be released on certification of a renowned multinational certification company on the basis of visual inspection and radiation testing. The irony being that of the 27 hazardous constituent elements defined in the Basel convention none can be tested by either visual inspection or radiation testing.

The former method lacks any and all scientific analytical reasoning capability while the latter checks a sample for radioactivity (plastics due to their generally lower densities are not used to handle radioactive substances in the first place) and is incapable of identifying levels of biological toxicity, heavy metals, chemical toxins and other sources of toxicity. This is all in principle due to the implementation framework of the import policy, which is still not finalised.

BPF to host Recycling the ‘Unrecyclable’ seminar in June