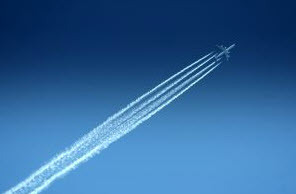 The European butadiene market has been spurred on by healthy exports amid drops of local supply, according to a new GBI Research report, “Butadiene Europe and Middle East Market to 2020 – North American Supply Shortages to Drive European Exports”.

The new report states that while the Middle East has upcoming downstream plants to produce Styrene Butadiene Rubber (SBR) and Acrylonitrile Butadiene Styrene (ABS), which promise to encourage the butadiene industry in the region, Europe is relying on the US to fuel their butadiene industry.

Europe’s demand has historically overshadowed that of the Middle East, and this trend is expected to continue in the future, with the European region predicted to account for more than 90% of Europe and the Middle East’s butadiene demand in 2020. New downstream plants are also due to come online in Iran and Saudi Arabia during the near future, and this is expected to reduce the proportion of butadiene demand from Western Europe in the forecast period. However, Europe’s butadiene exports will still grow, due to strong demand from the US, which is increasingly becoming a strong market for European butadiene exports.

A major reason behind that is the increased usage of shale gas in the US, the report says. Since shale gas contains less C4 hydrocarbons, which when cracked produce butadiene, the country is experiencing an increasing shortage of locally produced petrochemicals. As a result, US butadiene consumers are increasingly relying on foreign imports. The European butadiene market has not been experiencing very healthy growth, due to waning local demand, and so the increased butadiene demand from US consumers presents a readily available market for European producers. As the situation stands, European butadiene producers are going to be a major source of supply to North America in future.

Butadiene downstream segments include polybutadiene, ABS, and SBR sectors. Butadiene is a raw material used in making a wide variety of synthetic rubbers and polymer resins, and is most commonly used in the production of SBR, which is used to manufacture automobile tires, adhesives, sealants, coatings and other rubber articles such as shoe soles.

PolyOne acquires Spartech for US$393 million