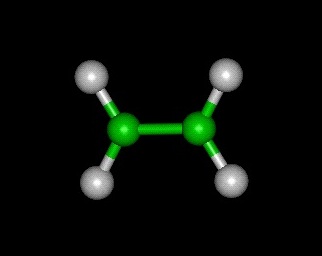 Spot ethylene markets recorded noteworthy increases in major monomer markets including Europe, Asia and the US. The main driver behind the bullish trend was surging naphtha costs which continued to rally as energy prices remained high despite fluctuations during last week, as per the pricing service of ChemOrbis.
In Europe, spot naphtha prices climbed $45/ton on CIF NWE basis week over week. Following the rise, the total increase amount reached $80/ton since the beginning of August. Spot ethylene prices tracked the rallying naphtha market as prices rose by €55/ton on FD NWE basis in a week, creating a cumulative increase of €75/ton when compared to early this month.

Market sources attributed the ongoing firming to vivid demand due to the approaching maintenance shutdowns at several regional crackers.
In the meantime, two producers restarted their crackers in the region. Repsol reportedly restarted its 410,000 tons/year Sines cracker in Portugal after shutting it in early May. The cracker was scheduled to resume operations in early June initially, but the company faced some technical problems and had to delay the restart.

Also, PKN Orlen ended a six-week maintenance at its Plock cracker in Poland after shutting it in late June, said market sources, adding that the cracker can produce 700,000 tons/year of ethylene. In Asia, demand from China increased noticeably, boosted by a number of typhoons which hit the country’s eastern region and caused port closures and shipment delays. Buying interest was expected to remain strong, sources said, since ethylene supplies were expected to remain limited in September.

Sinopec Tianjin Petrochemical Co. will reportedly shut its Tianjin cracker on August 20 in line with its entire petrochemical complex. The 1 million tons/year cracker will undergo maintenance. In addition, Taiwanese Formosa plans to shut its No. 2 cracker in Mailiao on August 15 for a month long maintenance. The cracker normally produces 1.03 million tons/yr of ethylene.

Another trigger behind the bullish ethylene costs was persistently soaring spot naphtha prices, which rose by $50/ton on CFR Japan basis during last week. The most recent naphtha costs represented a $75/ton increase since August started. In the US, the ongoing production issues pushed spot ethylene offers up by 2 cents/lb ($44/ton) on FD USG basis on the week, as per ChemOrbis.

The recent values indicate a same amount of increase when compared to early August. The jump stemmed from the news that Flint Hills Resources postponed the restart of its Texas cracker due to a leak. The cracker is able to produce 617,000 tons/year of ethylene under normal circumstances.

Author plasticsinfomart 33
Bright Green Plastics, has teamed-up with University of Liverpool, University of Manchester and Unilever to advance technology in the use of post-consumer recycled (PCR)...
Read More
Market News

Author plasticsinfomart 22
Oil prices fell to below $96 a barrel Monday in Asia amid signs the U.S. economy is struggling. Benchmark oil for August delivery was...
Read More

Spot PE prices turn up in Italy after 15 weeks