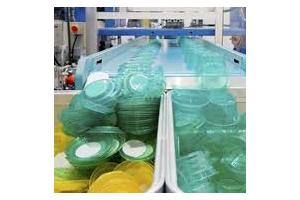 NEW DELHI: The polymer demand in India will jump to 14.315 million metric tonnes per annum (mmtpa) during 2016 as it will be driven by the packaging and automotive sectors. With the aim to meet the rising demand, India may raise its polymer output to 11.575 mmtpa during 2016. The polymer demand in India rose from 3.459 mmtpa in 2000 to 9.013 mmtpa in 2011 at 9.1% CGAR. This information was revealed in a study carried out by GlobalData.

As the spending power of the Indian middle class is steadily rising, the packaging sector may grow further and develop demand for polymers. It has been found that government’s support has been important for polymer industry growth.

Looking for a fast and efficient BOPET line? Choose Brückner as partner!

Author plasticsinfomart 92
Solutia has found a buyer for the former Monsanto nylon business, which it put up for sale last year. It is to be sold...
Read More