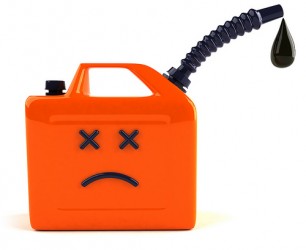 (AP) NEW YORK – The price of oil fell Friday after reports that China’s economy appears to be slowing down.

China, the world’s second-largest oil consumer, reported a sharp decline in both investment and industrial production growth in April. A slowdown in China could push oil consumption – and prices – lower this year.

China’s National Bureau of Statistics reported that investment in factory equipment and construction didn’t grow as much from January to April as it did in the same period last year. Industrial production rose 9.3 percent in April, compared with a 12 percent increase in March.

Analysts said the report was one more sign of a slowdown in the global economy.

Oil prices have declined for the better part of two weeks following weak jobs numbers in the U.S. and political changes in Europe that left plans for economic recovery up in the air.

“China, over the past few years, has been the real bright spot in the global economy,” said Gene McGillian, a broker and oil analyst at Tradition Energy. “Now with its economy slowing down, you have to add it to concerns in the U.S. and Europe. It doesn’t seem like the recovery so far has really picked up energy demand.”

Meanwhile, oil supplies are rising. The Paris-based International Energy Agency said Friday that inventories in developed countries increased by 13.5 million barrels in March, pushing stocks above the five-year average for the first time in a year. IEA also said that increased production in Iraq, Nigeria and Libya helped boost world oil supplies by 600,000 barrels per day in April.

At the pump, U.S. gasoline prices dropped another half-cent to a national average of $3.734 per gallon, according to AAA, Wright Express and Oil Price Information Service. Gasoline has declined by about 20 cents per gallon since peaking this year on April 6. It’s also cheaper than it was a year ago.

Author plasticsinfomart 21
A doubling of oil prices in the past six months has yet to convince many Canadian oil companies to fatten capital spending, partly because...
Read More

Middle Eastern players: Clouds may not scatter for January

Author plasticsinfomart 28
The event will take place in Cologne from 16-18 November 2021 AMI, leading provider of market intelligence and events for the globalplastics industry, has...
Read More