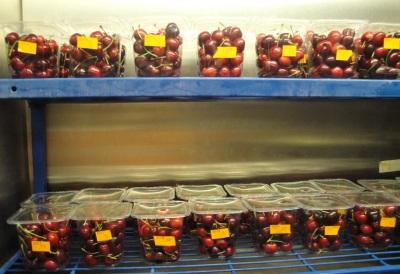 The idea for a packaging major was first conceived by Dr. Alexis J. Panshin, Chair of the Michigan State College Forest Products program, and John Ladd with the General Box Co. in 1950. They believed that a university-level packaging course would be of great value in attracting young people to careers in packaging and providing packaging firms with fresh new talent that might otherwise be diverted into different fields, according to MSU.

Throughout the years the school gained momentum, but in the mid 70s, there was a drop in enrollment because students were drawn to programs perceived to be more environmentally favorable, because of a general distrust of business and government, and because of a lack of jobs due to the recession, the school stated. However, in the 1980s, the number of students actually ballooned to more than 1000 and the staff was expanded. In 1987 MSU listed the School of Packaging among its “all-time 10 greatest accomplishments”.

While there have been many new research projects introduced over the years some recent ones include the extrusion of biodegradable plastics and the study of characterization of PLA for food packaging and more. Some books written by faculty in the 1990s include Understanding Plastics Packaging Technology by Susan E.M. Selke and Plastics Packaging: Methods for Studying Mass Transfer Interactions: A Literature Review by Ruben J. Hernandez and Rafael Gavara.

In 2009, it was announced that the Coca-Cola awarded $400,000 to MSU to help establish a new center for Packaging Innovation and Sustainability. The School of Packaging is also widely known for its variety of research activities, supported by funds from government, industry, and other organizations. The school’s testing laboratories are equipped to conduct many packaging tests in accordance with the American Society of Testing and Materials (ASTM) and International Organization for Standardization (ISO). In addition, the school is certified ISTA (International Safe Transit Association) test lab. The school also conducts various packaging tests in accordance with TAPPI and AIAG.

One interesting component I noticed while exploring their site, is that the packaging school has been involved in international activities since its beginning. More than half of the school’s graduate students are international. After finishing their education, most international students return to their native countries and become leaders in their packaging industries, the school stated. In an era where both plastics and packaging are working to get younger people involved, it looks like the MSU School of Packaging is on the right track. So much so that even Musburger approves.

Author plasticsinfomart 15
According to the National Development and Reform Commission (NDRC) of China, the ban on free plastic bags three years ago achieved great results, as...
Read More

Author plasticsinfomart 37
Bright Green Plastics, has teamed-up with University of Liverpool, University of Manchester and Unilever to advance technology in the use of post-consumer recycled (PCR)...
Read More

Author plasticsinfomart 23
The production and consumption volumes of natural rubber were down 12% and 2.8% respectively in India in June this year, according to a senior...
Read More