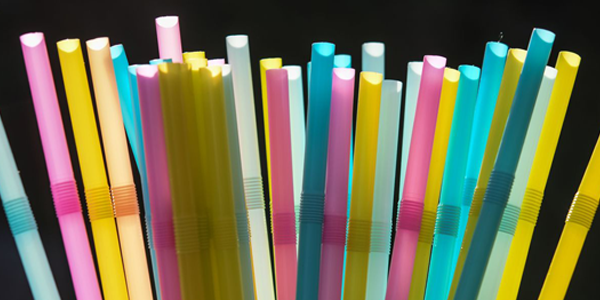 Plastics industry groups want the federal government to halt the planned elimination of unnecessary single-use straws, cups and other plastics from its own operations, telling Canada’s environment minister they are “very disappointed” the move was announced without their consultation.In a letter sent Thursday and obtained by the Star, the Chemistry Industry Association of Canada and the Canadian Plastics Industry Association say the decision “unfairly discredits” plastics and is not backed up by evidence. The groups are urging Environment Minister Catherine McKenna, Treasury Board President Scott Brison and other officials to assess what materials provide “the best outcome” for the environment and economy before committing to reduce single-use plastics.

“We are very disappointed that after working collaboratively with Environment and Climate Change Canada through the development of the Plastics Charter and the Plastics Innovation Challenge” — separate government initiatives to reduce plastic waste — “the spirit of those agreements was not reflected in a public declaration by the Minister that unfairly discredits plastics without consultation and without any evidence that there is a net benefit to the environment of these proposed actions,” the letter says.

McKenna announced the move last week during a summit of G7 environment ministers in Halifax. The government plan is to try to show environmental leadership by eliminating “unnecessary” single-use plastics from its own operations, including straws, cups, cutlery and packaging. McKenna said the government will scale back its overall plastic waste by at least 75 per cent over the next 12 years, as part of a broader “Greening Government” strategy started under the Liberals.

Carol Hochu, president and chief executive of the Canadian Plastics Industry Association, said industry shares the government’s ambition to eliminate plastic waste. Her organization plans to ensure 100 per cent of plastic packaging produced by its members is reusable by 2040. But she said there should be a full exploration of how replacement materials could affect the environment before any decision is made. “If we use a different material, are there any unintended consequences?” she asked.

After making the announcement last week, the government is now trying to determine which single-use plastics it can stop using, said Bruce Cheadle, Brison’s spokesperson. He added that some of the plastics will still be used for accessibility reasons and in places like correctional facilities. He said Ottawa also expects to work with industry as it pursues its broader goal of reducing its own plastic waste by at least 75 per cent by 2030.

“We will be talking a great deal with industry over the weeks, months and years to come on this,” he said. “I hope they understand this is not about eliminating plastics. This is about using plastics more wisely.”