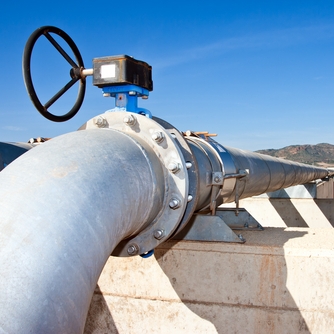 IChemE is backing a UK government decision to lift an embargo on hydraulic fracturing – better known as fracking – after creating new regulations that it says will reduce the chance of causing earthquakes. The technique, which involves injecting thousands of tons of water into gas-bearing rock formations, has been a major source of controversy over recent years. It was temporarily banned in the UK last year, after wells drilled by gas explorer Cuadrilla Resources were linked to a series of earthquakes.

Nevertheless, the government has now ruled that the process itself poses no threat to the environment or public, provided it is well-regulated. “My decision is based on the evidence,” says energy and climate change minister Ed Davey. “It comes after detailed study of the latest scientific research available and advice from leading experts in the field.

“We are still in the very early stages of shale gas exploration in the UK and it is likely to develop slowly,” he adds. “It is essential that its development should not come at the expense of local communities or the environment. “Fracking must be safe and the public must be confident that it is safe.” The decision has been welcomed by IChemE director of policy and communications Andrew Furlong, who says that “shale gas presents an enormous opportunity for the UK.”

“The health, safety and environmental risks associated with hydraulic fracking can be managed effectively as long as the activity is fully risk assessed and operational best practice is implemented through appropriate regulation,” he adds. “Fracking is an established technology that has been used in the oil and gas sector for decades. Furthermore, the UK has 60 years’ experience of regulating the oil and gas industries, offshore and onshore. “Chemical and process engineers have extensive knowledge of the exploration and production of natural gas.”

ENGEL at Interplastica 2013 in Moscow

Fellowship awarded in memory of MP