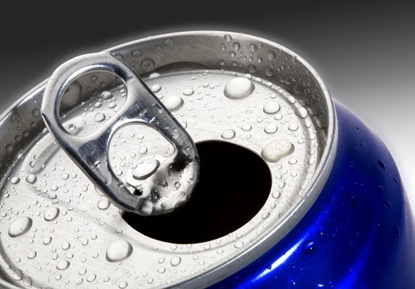 From Earth911’s Mary Mazzoni: “We all know recycling is a good idea. But tossing that plastic bottle into the blue bin seems so simple, it’s easy to lose perspective about how much of a difference it can make. To prove how much impact recycling can truly have on our planet, Earth911 broke down 10 common materials and showed you how much energy, water and other natural resources can be saved by recycling them.”

Aluminum Cans
Americans use billions of aluminum beverage cans every year. The good news is that aluminum can be infinitely recycled back into new cans, and a great deal of energy and other resources can be saved by recycling it. Last year, Americans recycled 61 billion aluminum cans, saving the energy equivalent of 17 million barrels of crude oil. That’s a whole lot of recovered resources!

So, how was all that energy saved? To put it simply, manufacturing cans from recycled aluminum consumes 95 percent less energy than using virgin materials. To put those figures in perspective, recycling one aluminum can saves enough energy to keep a 100-watt bulb burning for almost four hours or run your television for three hours.

Plastic Bottles
Producing new plastic from recycled material uses only two-thirds of the energy required to manufacture it from raw materials, meaning we can save a whole lot of energy by recycling plastic. The energy conserved by tossing just one plastic bottle in the blue bin can light a 60-watt light bulb for six hours or power a computer for 25 minutes, according to the EPA.

Motor Oil
According to the American Petroleum Institute, more than 600 million gallons of motor oil is purchased in the U.S. each year. Most auto shops recycle used motor oil, but about half of all motor oil sold is to “do-it-yourself” car owners. If you change your own oil, don’t forget to recycle the leftovers when you’re finished. Recycling a mere 2 gallons of used motor oil can:

—Power an average home for one day

—Cook 48 meals in a microwave oven

—Vacuum a house for 15 months

—Power a television for more than seven days straight

The environmental footprint of clothing and textiles is substantial. Americans throw away a whopping 68 pounds of clothes on average each year, and we only buy 10 pounds of recycled clothes annually. But on the brighter side of things, reclaiming clothing and textiles for reuse and recycling saves staggering amount of energy and natural resources.

Remanufacturing or reusing textiles can save up to 85% of the energy required to produce the same product from virgin materials, according to a study conducted by the Massachusetts Institute of Technology. Ideally, clothing that is still wearable should be donated or “freecycled” to a friend so the product can achieve the longest life-cycle possible.

Batteries
On average, each person in the U.S. discards eight dry-cell batteries per year. Recycling both rechargeable and single-use batteries saves water, energy and natural resources. But the No. 1 reason to avoid tossing batteries in the trash is to prevent potentially toxic metals from contaminating local ecosystems.

Batteries that are thrown in the trash produce most of the heavy metals that are found in household waste, including lead, arsenic, zinc, cadmium, copper and mercury. If discarded batteries end up in landfills, these metals can seep into the ground water and harm local plants, animals and even humans.

For this reason, both rechargeable and single-use batteries should be taken to your local household hazardous waste (HHW) facility or recycled through available mail-in and take-back programs. Use Earth911 to find a solution near you.

Glass Bottles And Jars
Like aluminum, glass can be infinitely recycled back into new containers. An estimated 80 percent of reclaimed glass is processed through bottle-to-bottle recycling, and it can take as little as 30 days for a glass bottle to go from the recycling bin to a supermarket shelf.

Recycled glass is substituted for up to 70 percent of raw materials in manufacturing. Bottle-makers benefit from recycling in several ways – it reduces emissions and consumption of raw materials, extends the life of plant equipment, such as furnaces, and saves energy. Recycling just one glass bottle saves enough energy to light a 100-watt light bulb for four hours, power a computer for 30 minutes or a television for 20 minutes, according to the Glass Packaging Institute.

Paper
According to the EPA, approximately 33 percent of the municipal solid waste stream is paper and paperboard products. Paper makes up the largest portion of the municipal waste stream and is also one of the most recovered materials in the nation. Producing recycled paper requires about 60 percent of the energy used to make paper from virgin wood pulp, but energy isn’t the only thing we save through paper recycling.

By recycling 1 ton of paper, we save: 17 trees, 7,000 gallons of water, 463 gallons of oil, 3 cubic yards of landfill space and enough energy to heat an average home for 6 months.

Tires
Americans dispose of more than 200 million tires every year, adding up to a whole lot of trashed rubber – not to mention wasted energy. But we can change all that simply by recycling.

Steel Cans
Americans use 100 million steel cans every day, amounting to a whole lot of potential landfill waste. Luckily, steel is one of the nation’s most recycled materials, with more than 65 percent of steel produced in the states recycled into new steel each year. Recycling steel saves 75 percent of the energy that would be used to create steel from raw materials, meaning the steel we recycle saves enough energy to power 18 million homes annually. Recycling 1 ton of steel also saves 2,500 pounds of iron ore, 1,400 pounds of coal and 120 pounds of limestone.

E-Waste
Electronics are made from valuable natural resources, including metals, plastics and glass – all of which require loads of energy to mine and manufacture. For example, if the 100 million cell phones ready for end-of-life management in 2006 were recycled, we would have saved enough energy to power approximately 194,000 U.S. households for a year.

Like batteries, electronics also contain heavy metals that are potentially hazardous if leached into the environment. Although e-waste only accounts for about 4 percent of municipal waste, it may be responsible for as much as 70 percent of the heavy metals in landfills, including 40 percent of all lead. To save energy and natural resources – and prevent potentially hazardous metals from entering local ecosystems – be sure to donate, reuse or recycle your unwanted electronics every time.