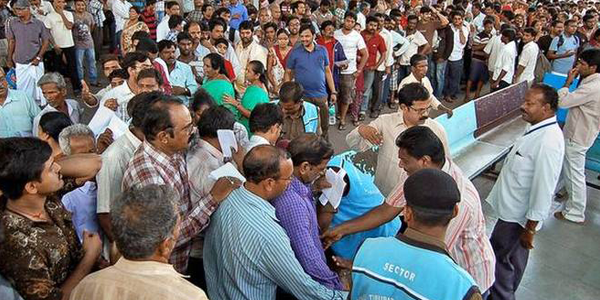 Tirupati: District Collector P S Pradyumna has said, “At NavanirmanaDeeksha during the first week of June, we have made a commitment to make Tirupati a plastic- free city. Accordingly, we are taking all steps to implement it from October 2, on which Gandhiji birth anniversary falls. It is a good effort to start plastic free initiative from Tirupati in the state.”,

The Corporation has secured so many awards already in various aspects and with the people cooperation it will bag many best ranks with a total ban on plastic, Collector hoped. “It will be an opportunity for budding industrialists as they can establish an industry to produce plastic alternatives with Government cooperation.

Particularly women entrepreneurs can make an effort in this direction”, Pradyumna averred. Asking people not to use polythene covers, he said instead of buying one cover and throw it away each time, it will be better to buy cloth bag which can be kept for many days and can help to environment.

Corporation Commissioner V Vijayarama Raju has said that during the last three months several rallys and awareness programmes were held to enlighten the people on the evil effects of increasing use of plastic. The exhibition brought more awareness to traders on various alternatives from which they can choose the suitable one depending on their requirement.

Various items like bags, covers, cups, plates, bowls made of cloth, jute, banana fibre were displayed in the exhibition. Joint Collector PS Gireesha, Chamber of Commerce President A Manjunath and other members were present.