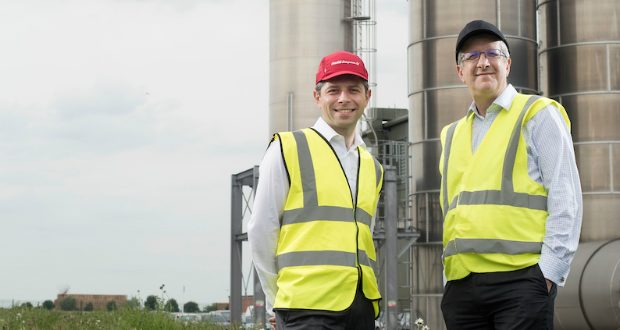 Coca-Cola European Partners (CCEP) has marked five years since investing in a pioneering initiative to transform plastics recycling in the UK.

The anniversary comes as CCEP passed the milestone of sourcing 50,000 tonnes of food-grade recycled plastic (rPET) for its portfolio of products sold in Britain.

The original joint venture in 2012 marked a step change in GB’s reprocessing capabilities, with the £15m facility doubling GB’s production of rPET. Acquired in 2016 by Plastipak, Europe’s largest food-grade rPET producer, Clean Tech UK facilitates a full-circle, domestic recycling system. Used PET plastic packaging is sourced from households and Local Authorities across GB, then sorted and reprocessed in the facility in Lincolnshire, before returning to the shelves of British shops as part of another bottle within as little as six weeks.

Through the Clean Tech site, CCEP has so far reused materials from some two billion PET bottles, and reached its goal of using 25% rPET in all its bottles since 2012.

The site in Hemswell, Lincolnshire now employs 150 people, and supported Coca-Cola – a sponsor and supplier to London 2012 Summer Olympics, to fulfil its pledge of supporting the most sustainable Olympic and Paralympic Games possible.

Nick Brown, head of sustainability, CCEP, said: “Five years ago we made a significant investment as part of our long-term commitment to transforming British recycling. The expansion of this facility was a landmark moment, not only in allowing CCEP to meet targets for rPET content in our packaging, but also in supporting the growth of a domestic system that helped to close the loop in GB plastic bottle reprocessing. There have been learnings along the way, but as an industry first, we’re proud of what we’ve been able to achieve to date through our partnership with Clean Tech, not least because it demonstrates the vast potential to others across the manufacturing sector.

“We are confident that the progress evident in GB over the last ten years – having moved from a limited collection of plastic bottles to six out of every 10 now being recycled – indicates a positive outlook for the future. We hope that initiatives like this give consumers confidence in the potential to recycle here in GB, and will encourage them to recycle every bottle after use. We are continually evolving our recycling strategy and investing in innovations to support our overall sustainability commitments.”

Martin Hargreaves, managing director at Plastipak Europe, said: “Plastipak, through its subsidiary Clean Tech, is committed to UK PET plastic recycling and our close relationship with CCEP.  As a global packaging producer, Plastipak embraces its responsibility towards the environment, demonstrated by our continued investment to further increase both the output and quality of our recycled material at Hemswell.”