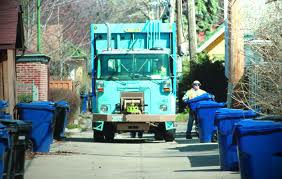 The expansion plans are part of the efforts to expand the recycling services to every community by the year 2013 to make Chicago a more eco-friendly and much greener city. Currently, 260,000 households in the city receive blue cart recycling service. The estimated annual investment for city wide recycling operations is around $19.2 million. Each of the six city service areas will undergo a gradual expansion of households receiving new recycling services.

The blue cart collects clean recyclables such as paper and cardboard plastic jugs, bottles and food containers metal food cans and foil glass bottles and jars The blue cart residential recycling program collects all the recyclables together and transports them to a recycling sorting facility. The use of designated recycling trucks avoids chances of contamination with regular garbage.