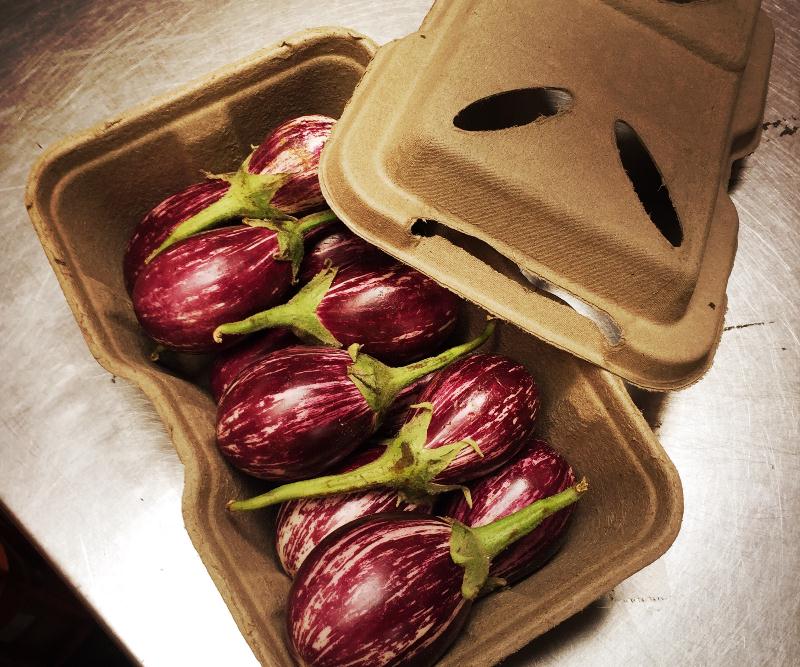 Using just water and agricultural excess, Bio-lutions is making the world greener one biodegradable carton at a time.

Plastics clog up our oceans, take a million years to decompose, and directly affect our food chain. Basically, they’re a threat to our entire ecosystem. On the other hand, we have tonnes of agricultural excess that is burnt, leading to another big problem—adding to the existing unchecked air pollution. The after effects of the two create a sight of terror.

Imagine replacing this plastic with packaging or disposables made of agricultural waste. It suddenly sounds like a solution to two of the biggest problems Mother Earth wouldn’t have to deal with anymore.

Bio-lutions GmbH, a revolutionary company that believes in sustainable innovations, does just this. The idea is to create a win-win situation. No more mountains of plastic and cellulose waste that takes forever to decompose, plus the added income for the farmers who would otherwise just burn the excess plant scrap.Their innovation is a patented ‘mechanical process’ through which agricultural residual fibres are converted into self-binding micro and nano fibrillated natural fibres using only water.

This Germany-based company, founded by architect and industrial designer Eduardo Gordillo in 2012 has set up its first ever pilot project in Bengaluru and is slowly working toward making a huge change in the game of disposables and packaging.

According to a report by the Central Pollution Control Board (CPCB), India goes through 15,000 tonnes of plastic produced every day, out of which 6,000 tonnes remain uncollected. Also, an estimated 32 million tonnes of agricultural residue is burnt every year, adding to the already alarming problem of air pollution in the country. This makes the Indian market perfect for a product such as this.

Bio-lutions Eco Tech India focuses on not having to go through the stages of the 3Rs by eliminating the use of plastic altogether and preventing the infringement of forests to procure otherwise used petroleum or virgin cellulose with the alternative of using readily available agricultural excess.

The company was set up in January 2017 by three Indian partners: Kurian Mathew, 41,  Managing Director; Kurian George, 35; and George Thomas, 35 the directors in collaboration with Bio-lutionsGmbh owning majority share of the company.

Kurian George says, “Although the roots of the company are in Germany, the biggest part we have played is that for the first time in the world, from a research stage we have been able to take the company to a commercial stage.”

An established one-of-a-kind production plant on the outskirts of Bengaluru currently sources agricultural waste from the farmers of the Mandya region. Sugar leaves, pineapple leaves, tomato leaves, banana stems, water hyacinth plants are obtained from working with the farmers’ cooperative in the region, who in turn can earn from what was earlier disregarded, improve their livelihood through varied income, and can contribute to the good cause of cutting down on the use of plastics.

The agricultural excess is then converted into all natural, biodegradable, recyclable, and 100 percent food grade packaging. The end product is being provided to local businesses in Bengaluru where plastic is already banned, filling in the need for sustainable packaging.

Kurian Mathew says, “Localisation is at the heart of the company. We source locally, produce locally, and cater to the local market. We are able to be part of the local waste management system. Given that agriculture is a primary source of income, it is a win-win situation for farmers and us.”

Bio-lutions stands out in terms of its distinctive technology. Kurian George says, “Another research organisation had been working on a particular technology for a different purpose. On Mr Eduardo’s interaction with them, this technology was tweaked wherein now the crop residue is incorporated with this modified technology to produce the products we manufacture today.”

Their unique, first of its kind “upgrading” technology uses only agricultural excess and water in a two-step procedure with zero chemicals and additives unlike any of the traditional technologies that undergo processes involving chemicals, bleaching agents, and additional binders using a great deal of water and energy to convert agricultural fibres to cellulose.

Bio-lutions has put into perspective an issue that needs to be addressed right away. With a fast-paced lifestyle like ours, we mindlessly throw away thousands of non-biodegradable disposables every day. This company offers a solution to it all. It puts an end to pollution caused by non-biodegradables, offering products that are so green and recyclable they can be added to home compost and will degrade without any effort. They are also a socially responsible venture. By providing for farmers in terms of profitable ways of disposing waste, adding to their income and generating a backup in times of drought and inconsistent rains, they make them independent.

Overcoming challenges in the research stage and issues in adapting to the machinery in the commercial stage, George says, “We are in the process of setting up a second plant by October or November in Mandya district itself. Since we have no benchmark, we are learning as we progress.” Currently, bio-lutions converts one tonne of raw material in a month but with the second plant in place they will be able to upscale and convert six tonnes per day, making a huge advancement. The company has two product lines—

biodegradable tableware for consumers and a biodegradable option over petroleum-based plastic or paper packaging for businesses. They also already have a tie-up with a major online supermarket as well as a food delivery service to provide ethical packaging at competitive market prices.

“Bio-lutions has been voted ‘the world’s bio-based material of the year’, 2017, held recently in Cologne, Germany and has received financial support from DEG, a German Bank, that promotes pioneering investments of small and medium-sized enterprises (SMEs) through its upscaling programme This has enabled the company to scale up its production capacity,” says George.

In a wider sense, Eduardo seeks to take the technology across the world and tie up with partners from each country. He says, “Imagine tomato trays made from tomato plants, coffee capsules made from agricultural waste of pitted coffee sherry, or perhaps, cookie packaging made from wheat straw. The possible potential is limitless.”

A world with less pollution and plastic—that is what they have set out to achieve.

625798 741253There is an ending. Just remember that I meant for this to be an art game. I do feel like I spent an inordinate amount of time on the more traditional gameplay elements, which might make the meaning of the game a bit unclear. If you mess about with it though, youll uncover it. 61628

324057 498262The next time Someone said a weblog, I hope that it doesnt disappoint me just as significantly as this. Come on, man, I know it was my choice to read, but When i thought youd have some thing intriguing to say. All I hear is really a handful of whining about something you can fix in the event you werent too busy looking for attention. 558430

397569 463498Spot on with this write-up, I actually assume this internet site needs much more consideration. Ill probably be once much more to read far much more, thanks for that info. 760597

If you would like to obtain much from this paragraph
then you have to apply such techniques to your won blog.

Whoa! This blog looks exactly like my old one! It’s on a completely different topic but it has
pretty much the same layout and design. Superb choice
of colors!

Do you have any video of that? I’d care to find out more details.

It’s in point of fact a great and helpful piece of info.
I’m satisfied that you shared this helpful info with us.
Please keep us informed like this. Thank you for sharing.

naturally like your website however you have to test the spelling on several of your posts.
Many of them are rife with spelling problems and I to find
it very bothersome to inform the reality however I will surely come again again.

If some one wishes to be updated with most recent technologies afterward
he must be go to see this web page and be up to date every day.

Having read this I believed it was very enlightening.
I appreciate you taking the time and effort to put this
article together. I once again find myself personally spending way too much time both reading and commenting.
But so what, it was still worth it!

I think this is among the so much important info for me.
And i’m glad studying your article. However should commentary
on some normal issues, The web site taste is ideal, the articles is truly nice : D.

I’ll immediately clutch your rss as I can’t to find your
email subscription hyperlink or e-newsletter service.
Do you’ve any? Kindly allow me recognize in order that I may just subscribe.

Great article, just what I wanted to find.

I’m really impressed with your writing skills and also with the layout on your
weblog. Is this a paid theme or did you customize it yourself?
Either way keep up the nice quality writing, it’s rare to see
a great blog like this one today.

Nice post. I was checking continuously this blog and I’m
impressed! Very helpful information particularly the last part 🙂 I care for such info much.
I was seeking this particular information for a very long time.
Thank you and good luck.

It’s awesome to pay a quick visit this site
and reading the views of all colleagues concerning this article, while I am also keen of
getting experience.

What’s up friends, its fantastic piece of writing concerning teachingand completely defined,
keep it up all the time.

Hello, blame you looking for information! I repost in Facebook

Write more, thats all I have to say. Literally, it seems as though you relied on the video
to make your point. You definitely know what youre talking about,
why waste your intelligence on just posting videos to your site when you could
be giving us something informative to read?

Hello, blame you in regard to information! viagra prices http://viapwronline.com I repost in Facebook.
sildenafil citrate generic viagra 100mg

Hello, jolly-boat thanks you http://cialisxtl.com for tidings! show cialis working
how long does viagra last

572057 71328Hi there, I found your blog via Google while searching for initial aid for a heart attack and your post looks extremely intriguing for me. 277931

981477 484277I discovered your weblog site internet internet site on the internet and appearance some of your early posts. Continue to keep in the excellent operate. I just now additional increase your Rss to my MSN News Reader. Seeking toward reading far far more from you locating out at a later date! 352704

The other day, while I was at work, my cousin stole my iPad and tested to see if it can survive a forty foot drop, just so she can be a youtube sensation. My apple ipad
is now destroyed and she has 83 views. I know this is entirely off topic but
I had to share it with someone!

Hi there, of course this piece of writing is actually pleasant and I have learned lot of things from it on the
topic of blogging. thanks.