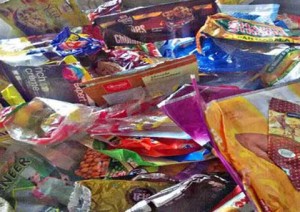 Even if we were to assume that the ban on plastic in the State were implemented in full, it would still not address huge volumes of plastic being used as packaging material which the civic agency is finding it tough to manage in the city.

Bruhat Bengaluru Mahanagara Palike (BBMP) is finding it tough to sell the non-recyclable reject plastic i.e. Low-Density Plastic (LDP) waste, to cement manufacturers as earlier, the only place where this kind of plastic can be used as a raw material.

The LDP waste chiefly made up of multi-layered plastic covers i.e. chips packets and other branded food packaging material, plastic cups and other such plastic, makes for around 15 per cent of the waste generated in the city on a daily basis. This has not been addressed by the recent plastic ban as well. The ban does not account for packaging material, leaving the civic agency at the mercy of cement manufacturers.

A leading cement manufacturer recently rejected a large consignment of plastic waste, citing moisture in the same. This clearly indicates that the segregation of this plastic waste from mixed waste is not up to the mark, says N.S. Ramakanth, a member of the Solid Waste Management Expert Committee, BBMP.

This has led to a large pile- up of LDP waste at all Dry Waste Collection Centres (DWCC) and also at the aggregator centre at Kannahalli plant. Though no clear data is available on the volume of this backlog even with BBMP, Nalini Sekhar, who helps run 33 DWCCs in the city said that they had at least 15 tonnes of such waste that could be delivered right away.

Mr. Ramakanth said that the backlog of LDP waste at Kannahalli plant was so huge that it had occupied so much of space that not enough space was left for the wet waste being processed at the plant.

In an attempt to resolve this problem, the Karnataka State Pollution Control Board (KSPCB) held a meeting with cement manufacturers recently, urging them to take the waste. “Around 15 manufacturers attended the meeting. The manufacturers have said that steep transportation charges have made it unviable. We are trying to work out the details of the deal, where alternative arrangements can be made for transportation costs,” said Lakshman, chairman, KSPCB.

Absence of cement factories in city vicinities, has also led to mounting transportation charges making LDP unviable. The nearest cement factory is in Andhra Pradesh. However, Mr. Lakshman said that some of the cement manufacturers were bringing plastic waste from as far as Goa, and a mechanism was being developed to take the city’s waste.