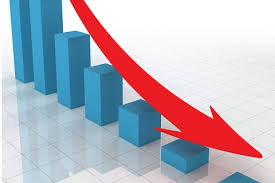 Spot ethylene and propylene prices in Asia have lost ground over the past week as per the pricing service of ChemOrbis. Waning demand ahead of the Chinese New Year holidays was cited as the main reason behind lower monomer costs in the region.

In the ethylene market, spot prices declined by $80/ton on a CFR Northeast Asia basis and by $75/ton on an FOB South Korea basis over the past week. Besides subdued demand during the pre-holiday period, players also pointed to ample supply in the region as another factor behind these notable drops.

Spot propylene prices also moved lower over the past week and some deals were concluded with decreases of $55-70/ton on a CFR China basis. Spot prices on an FOB South Korea basis also declined $50/ton on the week, with no done deals being reported. Market sources commented that they expect the downward momentum to remain in place until players return to the market following the Chinese New Year holidays around the second week of February. However, March offers remain firm due to a number of scheduled maintenance shutdowns across the region.

China’s Tianjin Bohai delayed the restart of their propane dehydrogenation (PDH) unit, according to reports on January 22. The unit, which has a propylene capacity of 600,000 tons/year, was shut on January 12 due to a technical problem. Taekwang Industrial is planning to shut their PDH unit in South Korea for planned maintenance on February 12. The 300,000 tons/year unit is expected to remain offline for 20-25 days before resuming operations in March.

According to ChemOrbis, Taiwan’s Formosa is planning to shut their two propylene units in Mailiao for scheduled maintenance. The company’s No 1 residual fluid catalytic cracker (RFCC) will undergo planned turnaround from end-March until early July. The RFCC unit has a capacity to produce 375,000 tons/year of propylene. Formosa is also planning to shut their olefins conversion unit (OCU), which has a propylene capacity of 250,000 tons/year, at the end of March.

Author plasticsinfomart 71
Oil prices fell to below $96 a barrel Monday in Asia amid signs the U.S. economy is struggling. Benchmark oil for August delivery was...
Read More