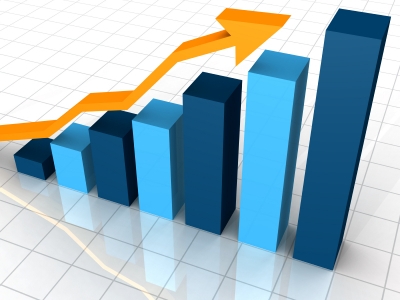 Export PET prices out of China and South Korea moved up during this past week as producers highlighted their firm upstream costs and their lack of stock pressure, as per the pricing service of ChemOrbis. Prices gained $10/ton for export Chinese PET prices and $10-20/ton for South Korean offers.

Looking at the spot PTA, MEG and PX prices in Asia, they indicate mostly a stable trend for PTA and PX while MEG prices lost $20/ton when compared to the beginning of November. However, when compared with previous week, spot MEG prices gained $30/ton during last week. When considering the spot costs, a theoretical PET production cost comes under the current offer levels given out of China.

It shows that Chinese producers are still operating with negative margins as they offer $60-110/ton below their theoretical production costs. Inside China, local PET prices moved down by CNY100/ton ($16/ton) at the low end of the range and remained steady at the high end but players reported that the low end prices had started to fade away as the end of the week drew nearer.

A local producer, Sinopec, also revealed their new PTA, PX and MEG contracts at the end of last week with CNY150/ton ($24/ton) increases for PX when compared to their October settlement. However, the seller reduced their PTA and MEG contracts by CNY200/ton ($32/ton) and CNY600/ton ($96/ton), respectively, from October. For December, Sinopec revised their MEG contract prices by CNY300/ton ($48/ton) when compared with their initial nominations for that month.

Due to the cost pressure, producers adopted a firm stance on their offer levels despite the lack of PET demand as it is not the high season for PET applications. Most, bottle producers are running their plants at reduced rates although they underlined the fact that December might cause an uptick in demand given the approaching Christmas and New Year holidays in Europe.

A Chinese producer told ChemOrbis, “We kept our local prices unchanged but overall demand is stagnant. We just restarted our plant and now are running it at 70% capacity. Therefore, we feel free from stock pressure and we plan to keep our prices stable over the near term.”Another Chinese producer remarked, “We lifted our export prices by $25-30/ton in order to keep pace with other producers’ higher offer levels. We hosted some South Korean producers and they informed us they lifted their prices, too.” According to him, buying interest is normal.

Another producer noted, “We lifted our export prices by $20-30/ton after achieving some satisfactory sales. We just restarted our production line on November 20 after a delay. We expect the firm trend to remain in place over the near term when considering the producers’ poor margins. Plus, demand is likely to pick up ahead of the approaching holidays in Europe.”

Biesterfeld and DuPont intensify their strategic partnership in CIS countries

Author plasticsinfomart 192
Investment in Young People (IiYP) is the business mark for corporate social responsibility. IiYP is a national award that recognises the important work that...
Read More